Manchester United boss Ole Gunnar Solskjaer has been warned of two players he cannot start together if he wants his side to challenge for the Premier League title. United eased the pressure on the manager with a mwin over Everton on Saturday – but one pundit has warned that the Red Devils won’t worry the league’s top teams with their current set-up.

Fred and Scott McTominay impressed as they started together in midfield against Everton, protecting the defence to help lay the foundations for victory as a Bruno Fernandes-inspired United won 3-1 at Goodison Park.

The win was much-needed following a dreadful midweek defeat to Istanbul Basaksehir in the Champions League, and the previous weekend’s loss to Arsenal at Old Trafford.

But while Fred and McTominay performed well with the likes of Paul Pogba and Donny van de Beek on the bench, Jimmy Floyd Hasselbaink said it was not the United way to have defensive midfielders in the starting line-up.

And he insisted Solskjaer’s side will never challenge for titles if the manager keeps picking the pair.

JUST IN: Rio Ferdinand hails ‘outstanding’ Man Utd ace who is ‘the leader’ 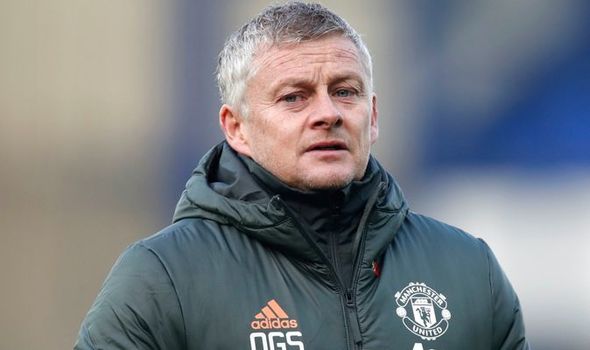 “He did get a reaction. They did play better after Everton’s 1-0. I just think that they have problems in the team,” Hasselbaink told Premier League Productions.

“That’s not a Manchester United team is it? Two defensive midfield players, going to Everton where you should have more attacking players on the pitch, especially Pogba.” 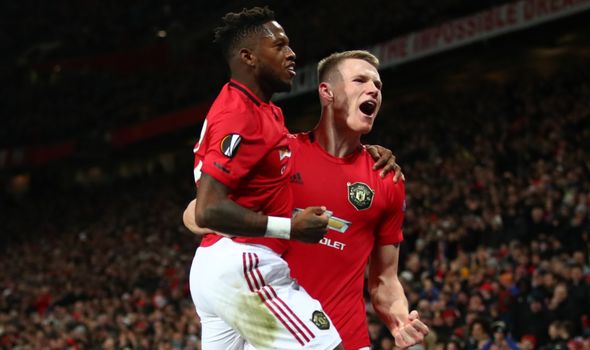 Ex-Arsenal striker Ian Wright said Fred and McTominay are being picked because they are more reliable than Pogba – with Solskjaer having to pick his most dependable players in the midst of an inconsistent run of results.

Hasselbaink agreed that it was the more prudent move in the short term, but said a United side should be more ambitious.

“I agree with that for now but longer term you cannot have Fred and McTominay in your team to become champions or to challenge for the championship.

“For now maybe the games that he needs to defend the back four a bit better to give them stability but long-term? That’s not a Manchester United way.”