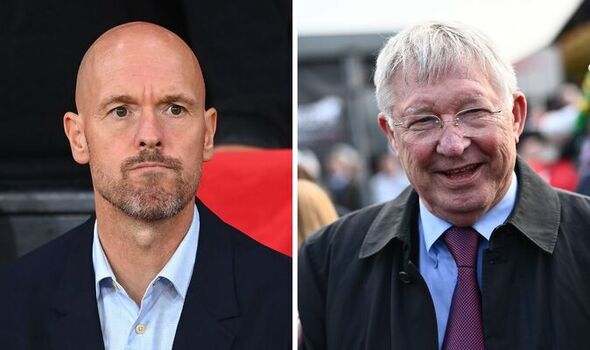 Dutch coach Foppe de Haan believes Manchester United have hit the jackpot with Erik ten Hag, who he has likened to legendary Old Trafford boss Sir Alex Ferguson. It’s been a testing yet rewarding start to life in the United hot-seat for the former Ajax head coach, who is now starting to make huge progress with the Reed Devils following a traumatic start to his rein.

United were beaten by Brighton on the opening day of the campaign before being humiliated by Thomas Frank’s Brentford in west London. Yet the one-sided horror show paved the way for big changes that have now got the club’s season on the right track.

Captain Harry Maguire was dropped for World Cup winner Raphael Varane, who is beginning to bring the best out of £57million signing Lisandro Martinez.

It’s the kind of bold and ballsy decision that has seen Ten Hag receive recognition for his hands-on approach to United’s early-season crisis.

In the view of De Haan, Ten Hag deserves far more credit than he is currently receiving as it’s his tactics and approach that has proven the turning point in recent weeks. 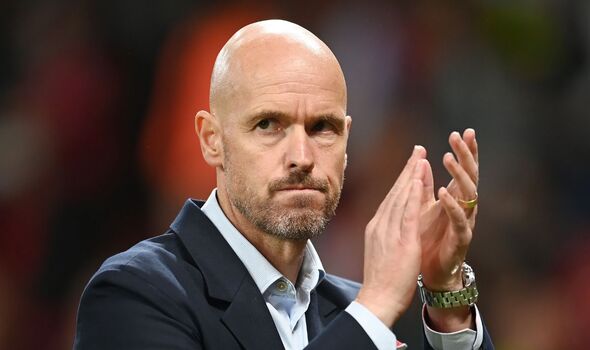 He told De Telegraaf: “With Ten Hag, people often think: what kind of man is that?

“But when he starts talking about football, you immediately know wait a minute, this guy knows what he wants.

“He really has an idea and makes it trainable. He makes demands, is very clear about them and seems completely reliable in the things he wants and does. That’s why he has lasted so long at clubs

“Ten Hag has also noticed where football is heading. The game in small spaces and the extremely physical. Not in the sense of power-boys, but who are quick and skilful and can run. You have to be able to run, run, run’ he once said. That’s true too. And you have to have guts.”

He compared Ten Hag’s ruthless streak to that of Ferguson, who did not shy away from a crunch call even if it meant upsetting key players within his dressing room.

“They all had a lot of trouble with that [the players] after Alex Ferguson,” he added.

“He was also very clear immediately towards Cristiano Ronaldo. That was good. He sat on the bench against Arsenal and is smiling again.

“That is very clever. Trust is very important, then you also give that to another. Then you dare and you don’t see an enemy behind every tree.”

Even after an injury to Antony Martial, Ten Hag was not prepared to thrust Cristiano Ronaldo straight back into action after the Portuguese tried to force an exit.

Instead, Ronaldo has been made to be patient for opportunities and there are no guarantees he will be a regular this season.

Ten Hag is also starting to get the best from star wingers Marcus Rashford and Jadon Sancho, who were starved of all confidence last season under Ralf Rangnick.

The pair have both made promising starts to the season and look on course for England recalls ahead of the World Cup in Qatar.

Gareth Southgate is expected to name the Red Devils duo in his Three Lions squad for upcoming Nations League clashes with Italy and Germany in late September.