Manchester United supremo Ed Woodward thinks Jadon Sancho’s eagerness to return to the Premier League will see a transfer deal take place, reports say. The England international has been pursued throughout the summer. But, with the clock ticking down, the Red Devils are in a race against time to get a deal for the 20-year-old over the line.

Manchester United have endured a troublesome transfer window, with Donny van de Beek their only arrival so far.

But, with less than 48 hours left on the clock, the Red Devils are now pushing ahead with their desire to add to Ole Gunnar Solskjaer’s squad.

United are close to signing Edinson Cavani on a free transfer, with the Paris Saint-Germain legend likely to pen a two-year contract at Old Trafford.

Sancho remains their top target, however, despite Borussia Dortmund repeatedly insisting their talisman won’t be going anywhere before the deadline.

And The Times say Woodward has calculated that the 20-year-old’s desire to return to the Premier League will see Dortmund cave and pave the way for a deal to take place. 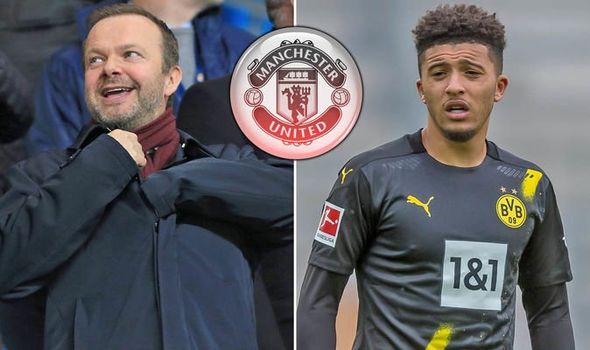 Dortmund chief Michael Zorc said recently: “Everything there is to tell on this matter from our end has already been said,” Zorc said on Friday.

“And that won’t change over the next three days.”

His words have been echoed by Dortmund skipper Marco Reus, while Mats Hummels and Emre Can have also claimed Sancho will be staying at the Westfalenstadion.

But United appear to think differently and, though time is against them, they’re hopeful of bringing the 20-year-old to the club in a blockbuster deal.

Sancho is sold on a move to United.

He’s agreed personal terms with the club and, should he move, is likely to pen a five-year contract and inherit the No 7 shirt last worn by Alexis Sanchez. 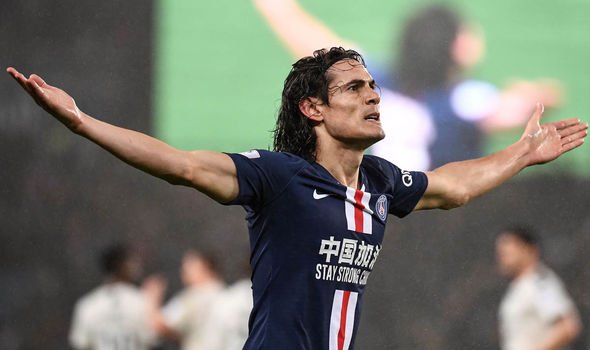 Should a deal for the England international fail to happen, however, the report says the Red Devils could snap up Ousmane Dembele from Barcelona.

Paul Pogba has been in touch with his compatriot to advocate a move to United, despite the midfielder wanting to leave for Real Madrid 12 months ago.

And whether United find the breakthrough they’re seeking remains to be seen.

Meanwhile, Cardiff star Sol Bomba has expressed a belief that Dembele would be good alternative to Sancho should the Dortmund star fail to sign.

“He’s a similar sort of player to Sancho,” the Bluebirds star said of Dembele on Sky Sports.

“He’s direct, likes to take people on and score goals.

“I see why United decided to go for him if they don’t get Sancho, but I think the Sancho situation is going on and on and they might have to go on to another target, because if you’re not going to get the player you have to move on and get the second target.

“I think it would be a good signing for United. I know him a bit, he’s a good lad.

“I do think he needs to stay fit because if he stays fit he is an unbelievable player.

“Unfortunately he has been injured too much at Barcelona, but I think he needs a change of scenery, a change of country maybe and I think United will be the right move for him.”