Transfer update: How much have Premier League clubs spent?

Wilfried Zaha’s spell at Old Trafford did not go to plan, but Manchester United could still benefit from his stint with the club. That is because the Ivory Coast international could be on the move this summer – an eventuality which would net United a helpful windfall.

Zaha joined United on a five-and-a-half year contract back in January 2013, a move which cost the club an initial £10million.

United loaned him back to his boyhood club Crystal Palace before he moved up to Manchester in the summer.

The young winger struggled to break through under David Moyes and only made four appearances for United before going on loan to Cardiff and Palace once again.

In February 2015, Palace agreed a deal to sign Zaha permanently for an initial fee of £3m, with add-ons taking it to £6m.

It is that deal which could provide a return on their investment six years later, with Zaha once again angling for a move away from Selhurst Park.

According to The Times, the 28-year-old has decided that he wants to leave Palace and secure the move he feels he deserves. 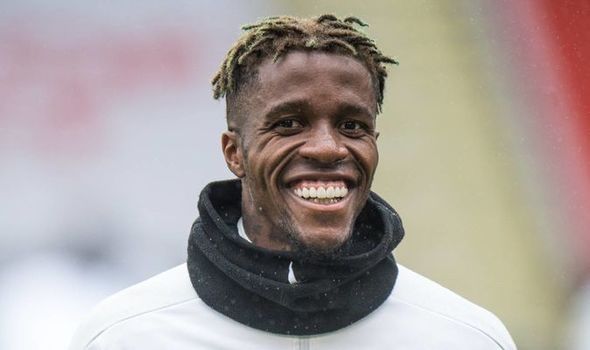 The report states that the winger wants to seal a move away from Palace before the squad returns for pre-season training next month.

He still has two years left on his £120,000 per week wages, but could attract attention from the likes of Everton, Arsenal and Tottenham, who have all shown interest previously.

If any of those clubs do sign Zaha, then United will be owed 25 per cent of the transfer fee that Palace receive.

That could be a substantial amount of money, given Palace rejected Everton’s offer of £70m plus Cenk Tosun and James McCarthy back in 2019.

According to the Manchester Evening News, Palace tried to persuade United to waive their sell-on clause when they sold Aaron Wan-Bissaka for an initial fee of £45m in 2019.

Perhaps knowing that the clause could become valuable in just a few years, United refused and could be due to reap the benefits this summer.

Zaha contributed 11 goals and two assists in 30 Premier League appearances across the 2020/21 season so may not be short of suitors.

He has 68 goals and 72 assists for Palace altogether and is clearly determined to seal a transfer.

“I feel like I can have another shot at the top teams, because my dream is to win things,” he told The Face.

“I’m good enough to go out there and compete with the best. If the opportunity came, I wouldn’t turn it down, because I feel like I deserve it. It’s so I can show my kids: ‘this is what daddy won’.”