Manchester United target Facundo Pellistri has passed a medical with the club, reports say. The teenager is wanted by Ole Gunnar Solskjaer, having impressed in Uruguay. And he’s not expected to be the club’s only arrival on transfer deadline day.

Manchester United were linked with Pellistri earlier in the transfer window, with the 18-year-old shining in Uruguay with Penarol.

And, now, Tenfield claim the youngster has passed a medical with the club.

Pellistri should bring speed to United’s attack and has been playing on the right wing throughout his career so far. He’s previously been talked up by former Red Devils star Diego Forlan, who recently left his role at Penarol by mutual consent.

Lyon did emerge as possible suitors for the teenager.

But he’s now set to join United and, soon enough, should be joined by Edinson Cavani and Alex Telles at Old Trafford.

Cavani is poised to join on a free transfer from PSG after seven glittering years in France, where he won six Ligue 1 titles. 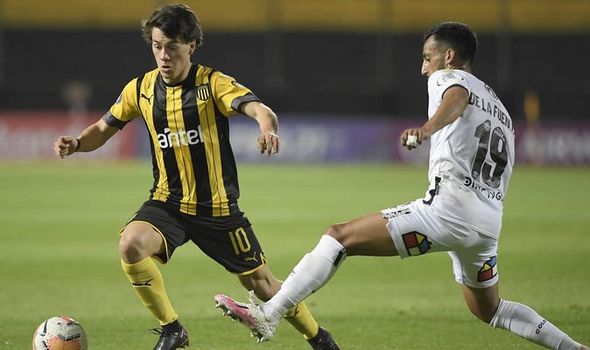 The Uruguay internaitonal is buzzing about the prospect of playing against his old side in the Champions League, with the two giants facing off at Old Trafford later this month.

Telles himself is undergoing his medical with the Red Devils.

And, with a deal being agreed with Porto, he looks set to sign on the dotted line as well.

For United fans, the trio arriving may not be enough. They’ve wanted Jadon Sancho throughout the transfer window but he now appears likely to remain at Borussia Dortmund instead.

And former United star Patrice Evra launched into a passionate rant about the club on Sunday, shortly after their 6-1 defeat to Tottenham. 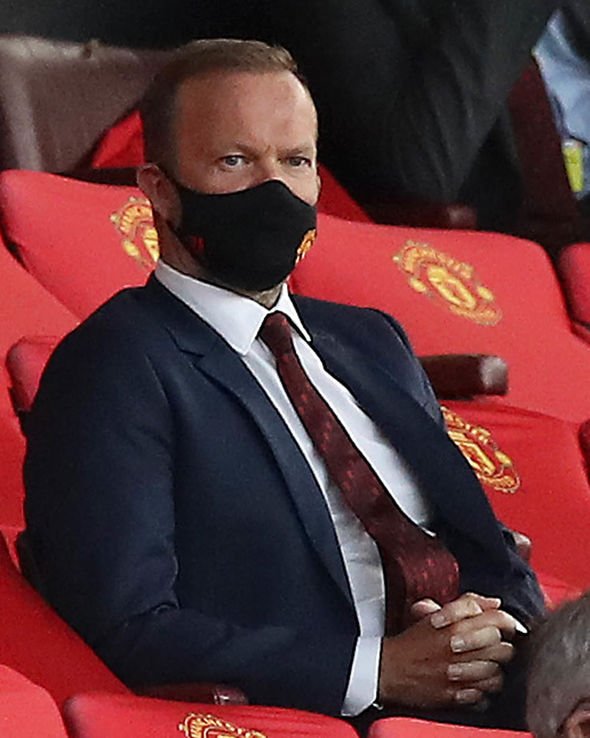 “Alexis Sanchez made a comment recently when he first signed for United, his first training session, he asked his agent to end his contract, that’s what I’m going to ask with Sky – I really want to end my contract with Sky because this is my second game,” Evra told Sky Sports at full-time.

“I’m a positive person, but I never want to talk about United because every time you tell the truth, it can hurt.

“I’m passionate and I love my club, but I know you have to have some filter when you talk on TV, but it’s a shambles.

“Gary Neville, I hear him say Maguire needs a break to go with the national team, we always talk about pairing him with someone, but what about taking him out of the squad?

“I don’t want to criticise players, I am someone, I’ve been there – it’s very difficult. Tonight, no-one has any excuse, they let down all of the United fans.

“I don’t care about the result because I’ve been beaten 6-1, but every year, it’s the same story. I feel now what every United fan does, that’s why I prefer to do any other game than United if I keep working for Sky.”

He then added: “I feel sad for the manager, but after this, we are going to start talking about the manager – he’s the next one.

“What about the board? It’s how many years since Ferguson left? How many managers have been sacked? Every year we say Ole isn’t the man, maybe he’s not.

“We don’t know because he wants players like Sancho but they don’t go for the right price. What’s going on with my club? I’m really emotional. It’s difficult to break a man like me, I’m a positive person.

“I don’t promote violence but many people need a good slap at this club right now. That’s what I would do right now.”