Manchester United’s promising young defender Teden Mengi seals loan move to Birmingham City until the end of the season, having made his Champions League debut in December

Birmingham City have completed a deal to sign Manchester United defender Teden Mengi on loan for the rest of the season.

The 19-year-old has two previous appearances for the Red Devils and came on for the final 30 minutes of United’s 1-1 Champions League draw against Young Boys back in December.

Now Mengi is returning to the Championship for a second loan spell having impressed at Derby County last season under the management of former United striker Wayne Rooney. 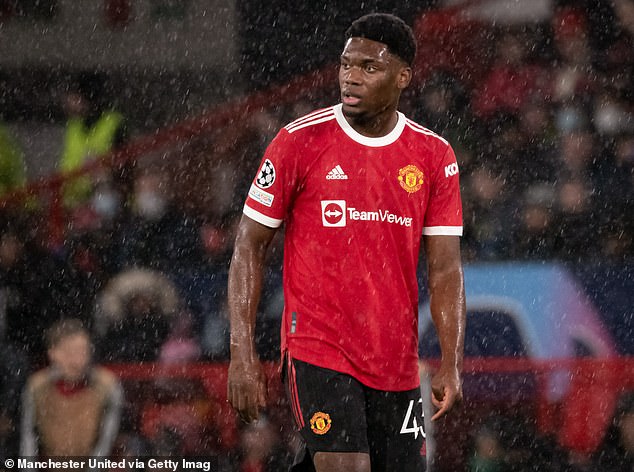 Birmingham boss Lee Bowyer could now hand him his City debut in the FA Cup third round this weekend when his side take on Plymouth Argyle at St Andrew’s.

Although his time at the Rams earned him praise from Rooney, Mengi’s spell was ended by injury and he has since has had to battle to regain fitness and form.

The move to Birmingham will also see him reunite with Tahith Chong, who is also on loan from United, but is currently back at his parent club for treatment on a groin injury.

‘I am delighted to be here,’ Mengi told Birmingham’s website.’ [I am] ready to work hard and kick on for the rest of the season. 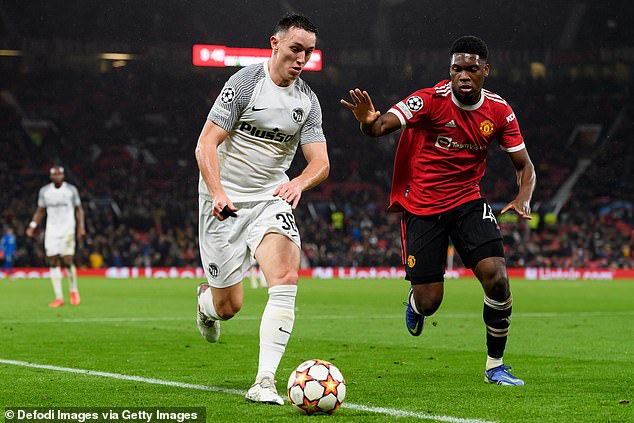 ‘It was important for me to try and find what was best for me, which is here at Blues and to just kick on and get as many games under my belt and improve as much as I can as a player and as a person.

‘As soon as I heard about Blues I was straight on the phone to [Tahith] Chongy and he told me it is great, the lads are great, I am going to enjoy it, everyone is a nice person, so I am just looking forward to it.’

United are looking for a number of their squad players to gain more game time.

Axel Tuanzebe is cutting short his loan at Aston Villa to move to Napoli for the rest of the season while full back Ethan Laird, who was at Swansea City, has also been recalled and will join promotion chasing Bournemouth.