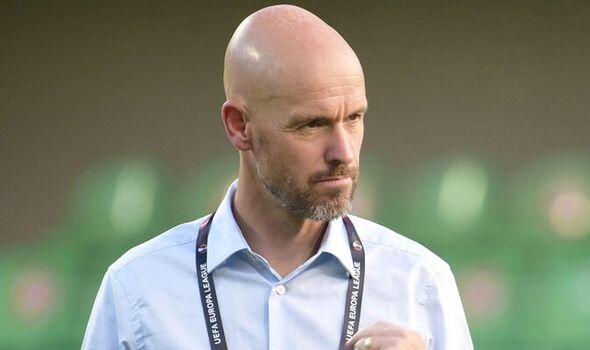 Manchester United defenders Harry Maguire and Luke Shaw have been warned they have little chance of any game time under Erik ten Hag in the coming weeks. Former Aston Villa and former Chelsea striker Tony Cascarino cannot see the England duo getting enough minutes before the World Cup.

Both Maguire and Shaw have been named in Gareth Southgate’s squad for upcoming Nations League matches against Italy and Germany. That is despite the pair not starting any of the last four Premier League games.

Maguire and Shaw were two high-profile players to be dropped by Erik ten Hag following the 4-0 loss to Brentford last month. Shaw’s only appearance since was as a second-half substitute in the 2-0 Europa League win over FC Sheriff on Thursday.

The 27-year-old has been Southgate’s first-choice left-back since Euro 2020, while Maguire is a constant in the Three Lions defence. However, Cascarino cannot see where the pair will get any action before the start of the World Cup. 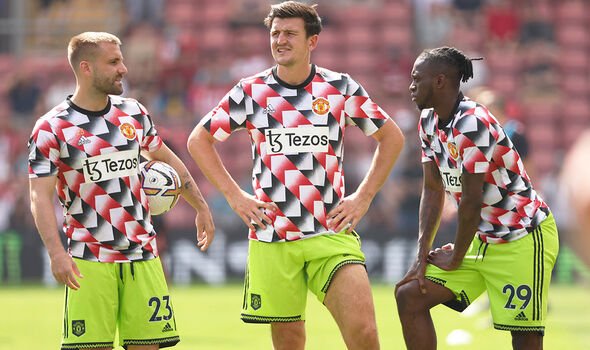 Cascarino told talkSPORT: “Luke Shaw’s in the squad and Maguire. Now, I don’t see them getting back in their club sides.

“I just don’t see them getting back in. So they’re going to play very, very little football.

“So yes they’re going to be in this squad, but will they make the main squad? Probably so but it’s going to be really tricky. Apart from injury, Luke Shaw and Harry Maguire are not going to play at Man United very often.”

United have 13 matches between now and the tournament in Qatar. However, Ten Hag has settled on a centre-back pairing of Raphael Varane and Lisandro Martinez, with Tyrell Malacia impressing at left-back.

Maguire and Shaw are not the only England players to be struggling for game time at club level. However, Southgate has faith in them from their previous international exploits.

Speaking this week, Southgate said: “Clearly, we have a number of players including Ben Chilwell, Luke Shaw, Harry Maguire and Kalvin Phillips who are not playing a lot of minutes with their club. It is not ideal, but we feel they have been, and can be, important players for us.

“It is not a perfect situation but there is still a lot of football to be played before Qatar.” United are next in action on October 2 against rivals Manchester City.