Pellistri had an encouraging display against Atletico on Sunday.

The Uruguayan was signed by United in the previous summer transfer window, but was restricted to under-23 appearances prior to the January window.

He was allowed to leave for Deportivo Alaves on loan, and has broken into the first-team in recent weeks.

He’s started Alaves’ last three games on the right wing, and had perhaps his best performance against Atletico on Sunday. 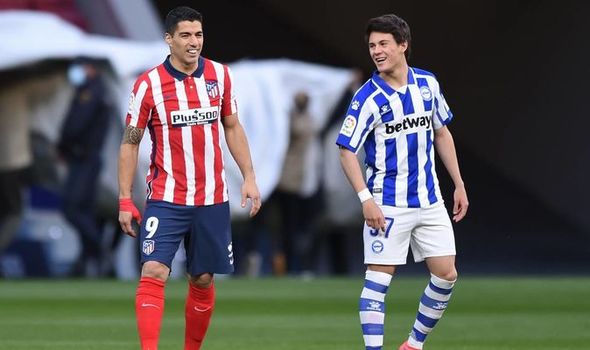 Despite the La Liga leaders coming out 1-0 winners, Pellistri impressed and clearly made an impression with United fans.

Former Liverpool and Barcelona striker Suarez was also impressed, and took to Instagram afterwards to laud the youngster.

He wrote: “A pleasure Facundo Pellistri, keep up like this crack and good things will come.” [translated from Spanish].

Pellistri played most of the game out wide on the right flank and used his speed to cause problems for the Atletico defence.

In a highlight reel shared to Reddit, he can be seen using his quick feet and explosive sprint speed to find space.

Though he was unable to find the net, he created a handful of opportunities for Alaves’ forwards and could easily have got an assist.

At one point he drove into the penalty area and was taken down by Jose Maria Gimenez, though no spot-kick was given.

United fans took to Reddit to praise Pellistri’s performance, with one even comparing him to a young Lionel Messi. 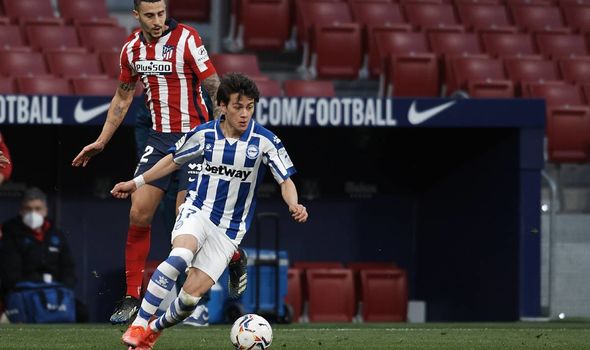 “This is really impressive,” one wrote. “The guy looks a talent for sure.”

Another posted: “He’s always looked good. He dribbles well, has tight ball control and knows when to pass.

“Looks like he’s still running around U23’s, impressive highlights for sure,” one commented.

Another joked: “Good news lads, we’ve found the new Messi! Bad news lads, he’s out on loan! Jokes aside, an encouraging highlights reel, looks like a solid performance which can be built upon.”