Manchester United have been handed a boost in their pursuit of Jules Kounde, as Sevilla have reportedly identified potential replacements for the defender. Tottenham centre-back Davinson Sanchez is on the Andalusian club’s radar, with Kounde attracting plenty of Premier League interest ahead of the summer transfer window.

Kounde has continued his impressive form at Sevilla this season after he starred in the Spanish side’s Europa League triumph last term.

The 22-year-old has missed just five games in all competitions this campaign, with his side currently well clear in fourth spot in La Liga and chasing down third-placed Real Madrid.

United are believed to be keen on swooping Kounde with Ole Gunnar Solskjaer targeting a top-class defensive partner for Harry Maguire this summer.

And their hopes of landing him have been aided by Sevilla earmarking Sanchez as a potential replacement, according to reports from Spain. 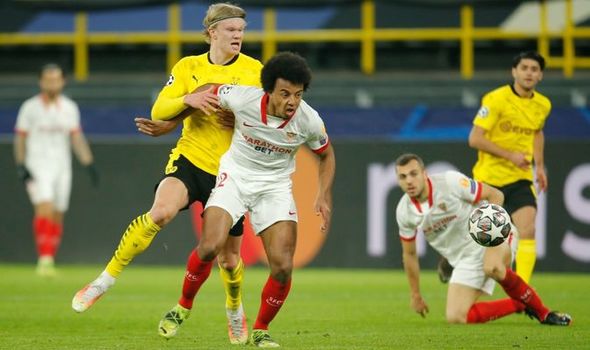 Sevilla are looking to cash in on Kounde this summer to the tune of around £51million, it has been claimed by La Razon.

The Spanish publication says they have Feyenoord defender Marcos Senesi and Spurs centre-back Sanchez on their shortlist of summer targets as they look to replace Kounde.

Sanchez has nailed down a place in Tottenham’s defence since the turn of the year.

However, he did give away the decisive penalty in his side’s North London derby defeat to Arsenal last weekend when he clattered Alexandre Lacazette. 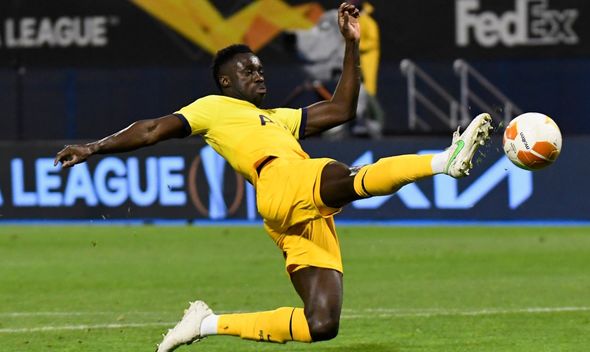 That result, plus the humiliating Europa League capitulation against Dinamo Zagreb on Thursday, has piled the pressure on Spurs boss Jose Mourinho.

But from United’s point of view, the news that Sevilla are eyeing up Sanchez is a promising sign that they expect to do business over Kounde this summer.

The Red Devils have been linked with the France under-21 international for some time – although they are likely to face competition if they decide to swoop for the defender, with Arsenal also reportedly keen.

Kounde is believed to have been a target for Manchester City last summer, before Pep Guardiola’s side opted to sign Ruben Dias from Benfica – with the Portuguese star having since transformed their defence.