Manchester United appear to be set to change focus again. They’ve spent the whole transfer window chasing Jadon Sancho and, in recent times, have earmarked Ousmane Dembele as a potential target. However, with a deal for the Barcelona star looking unlikely, Kingsley Coman is back on their radar.

Manchester United have endured a difficult transfer window so far.

As the clock ticks down Donny van de Beek remains their only arrival, with the Netherlands international moving from Ajax in a £40million deal at the start of September.

The good news is that United are finally making some moves.

Edinson Cavani will be moving to Old Trafford, with the Uruguay international agreeing a two-year contract following his release from Paris Saint-Germain.

Alex Telles is undergoing his medical at the current time of writing, with United finally agreeing a transfer fee for the Porto star on Sunday afternoon.

And youngster Facundo Pellistri is set to sign on the dotted line as well. 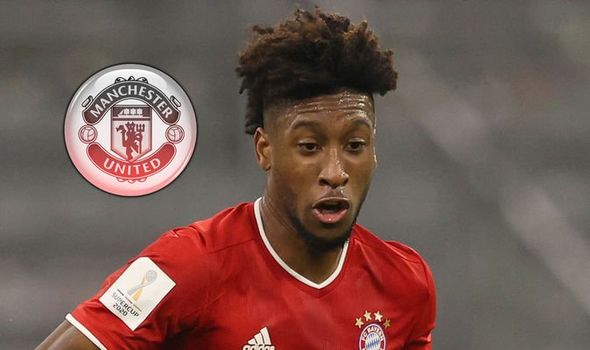 However, the Red Devils want another forward. They appear to have finally accepted defeat when it comes to Sancho, despite Ole Gunnar Solskjaer himself wanting the Borussia Dortmund star signed.

To this point, they’ve been pursuing Dembele. But with Barcelona only interested in a permanent deal he, too, doesn’t seem likely to arrive at Old Trafford.

As a result, United are looking at yet more Sancho alternatives.

And they could move for Coman before the transfer window shuts.

Signing the Bayern Munich star doesn’t seem easy. He was the hero in the Champions League final in August, scoring the only goal of the game in a 1-0 win over PSG. 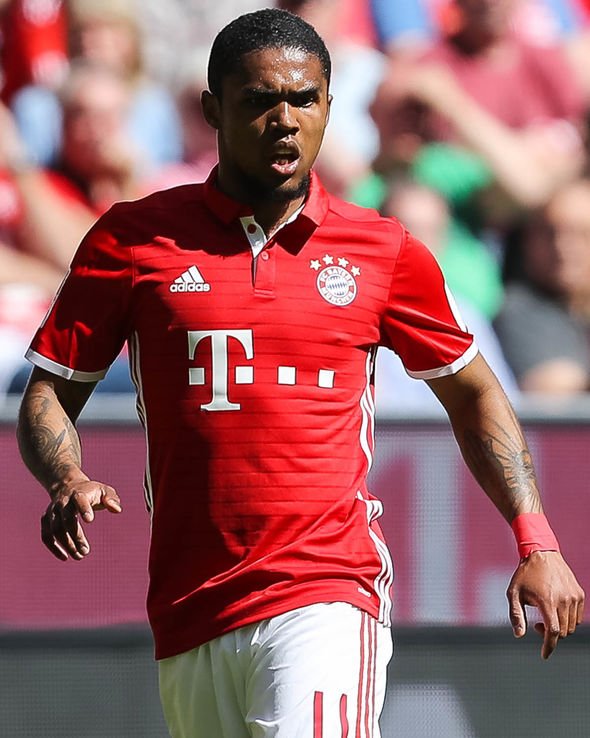 But the good news is that there’s an opening. With Bayern signing Douglas Costa on loan until January, the Red Devils have genuine hope of a transfer being struck.

Coman is already worried about his chances of game time in Bavaria. He’s below Serge Gnabry and Leroy Sane in the pecking order and, though the latter is currently injured, could be tempted by a new challenge.

What’s more, is that the forward is interested in a move to the Premier League.

It was reported earlier in the summer that the France international was intrigued by a move to United, despite Ole Gunnar Solskjaer’s side being well below Bayern in the European power rankings.

However, with time running out, United must now up the ante.

One person who hasn’t been impressed with the club’s transfer window so far is Patrice Evra, who launched into a passionate tirade following United’s defeat to Tottenham on Sunday night.

He said: “I feel sad for the manager, but after this, we are going to start talking about the manager – he’s the next one.

“What about the board? It’s how many years since Ferguson left? How many managers have been sacked? Every year we say Ole isn’t the man, maybe he’s not.

“We don’t know because he wants players like Sancho but they don’t go for the right price. What’s going on with my club? I’m really emotional. It’s difficult to break a man like me, I’m a positive person.

“I don’t promote violence but many people need a good slap at this club right now. That’s what I would do right now.”