Manchester United were unsuccessful in attempts to sign their top targets in the summer, but they could have a chance to sign two players to solve their problems in the New Year. United boss Ole Gunnar Solskjaer is under serious pressure heading into today’s match against Everton having suffered back-to-back defeats.

They currently sit 15th in the table and defeat could well see them drop as low as 17th by the end of the weekend.

Solskjaer will be desperate to build up some momentum heading into the international break to buy him some more time at the club.

He was left frustrated at the club’s transfer activity in the summer.

Jadon Sancho was Solskjaer’s top target throughout the transfer window, while a centre-back was also high on his wishlist. 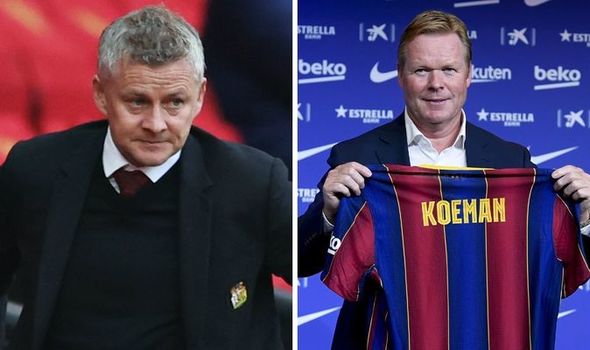 Borussia Dortmund’s asking price proved too steep for United to press forward with a move for Sancho.

That forced United into looking at other options with Ousmane Dembele being considered.

Barcelona were willing to listen to offers with United prepared to take the winger on a season-long loan.

The La Liga giants though wanted to include an obligation to buy in the loan deal, something United weren’t prepared to do.

The Red Devils ended up settling for five new players on deadline day, three of which are seen as stars of the future.

Amad Traore and Facundo Pellistri are tipped to be successful signings in the long run, but Solskjaer needs players ready to make an impact now.

And United could well pounce on Barcelona’s financial situation in January to help solve both of Solskjaer’s issues.

According to Mundo Deportivo, Barcelona have put up five players for sale, including Dembele and Samuel Umititi.

The French duo have both had their injury troubles over the years and Barcelona are now ready to cash in with Ronald Koeman desperate to build his own squad. 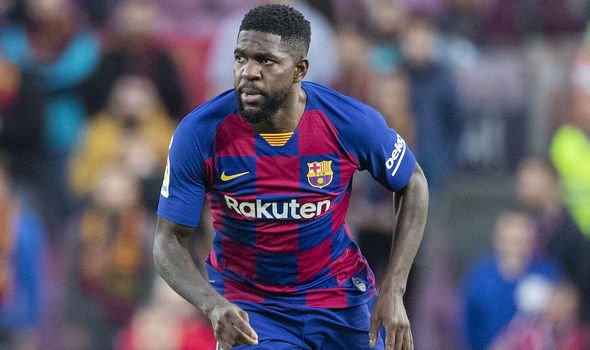 Dembele may not have realised his full potential at Barcelona just yet, but he still remains one of the world’s most promising attackers.

At 23 years of age, he still has plenty of room to grow while simultaneously being able to make an instant impact.

Umtiti meanwhile has long been linked with a move to the Premier League and Old Trafford specifically.

The 26-year-old would provide the perfect partnership to Harry Maguire in defence as someone with pace and power to recover in behind.