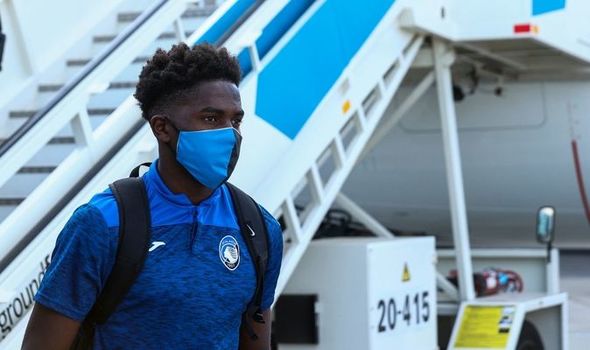 Manchester United have confirmed that Amad Diallo has joined the club from Atalanta as he becomes their first signing of the January transfer window. A deal, which could rise to £37million, was agreed on deadline day in October for the Ivorian wonderkid, subject to a medical, work-permit and personal terms.

The Red Devils have now confirmed the deal is done as Diallo sets his sights on meeting his new team-mates.

United have confirmed that Diallo won’t be able to fly to Manchester just yet though.

That’s because he is currently waiting for a visa but all the relevant paperwork has now been submitted ahead of his new chapter.

A club statement read: “Manchester United is pleased to confirm Amad Diallo’s arrival from Atalanta has been finalised. The Ivorian winger has signed a contract to the end of June 2025, with the option of an extra year.

“When an agreement between the clubs was first announced on 5 October 2020 – deadline day at the end of the summer transfer window – it was subject to a medical, work-permit and personal terms.

“These steps in the process have been completed, and an application has been made for a visa. Once this has been issued, Diallo will be cleared to travel to Manchester and to train with and play for Ole Gunnar Solskjaer’s side.”