Manchester United could make a move for West Ham star Declan Rice in the summer transfer window. The England international has enjoyed an impressive start to the season, who made his 100th Premier League start in the draw with Crystal Palace on Wednesday.

Rice was extensively linked with a move away from the London Stadium during the most recent window, with Chelsea manager Frank Lampard an admirer of his talents.

Despite Lampard spending more than £200million in the off-season, he was unable to land the midfield lynchpin.

Chelsea are still believed to be interested in Rice, but know a deal could be difficult to complete in the transfer window opening next month.

Should they wait until the summer of 2021, they will face competition from Ole Gunnar Solskjaer’s side. 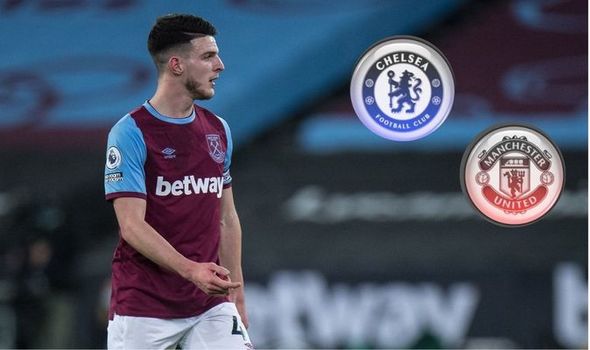 Manchester Evening News report that Old Trafford bosses have already settled on a list of targets to give Solskjaer more depth within his squad.

The report claims United want two players for every position and will target a winger, a centre-back, a right-back and a defensive midfielder.

However, Ed Woodward has already suggested that the club’s long-term plan will focus on recruitment in the summer windows, rather than the more unstable one in January.

United have a plethora of options in the centre of midfield, but Solskjaer is said to be a fan of Rice. 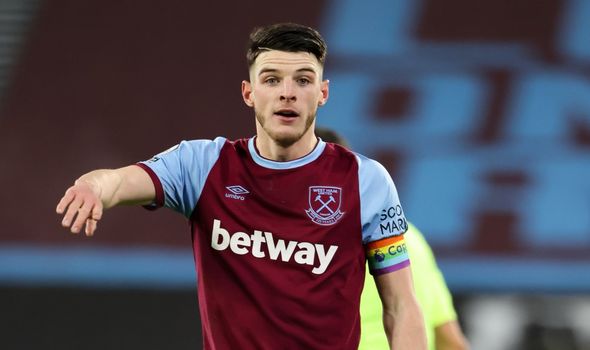 Rice was released by Chelsea aged 14, but according to transfer expert Fabrizio Romano, he would still prioritise a move to Stamford Bridge.

He told the ‘Here We Go’ podcast: “Declan Rice is still pushing to join Chelsea. But it is up to Chelsea to negotiate a fee with West Ham, which will be difficult in January.”

His contract with the Hammers doesn’t expire until 2024 and is likely to cost any potential suitor a hefty transfer fee.

Pundit Peter Crouch hinted that a move for Rice would be a shrewd one, labelling him as one of the best in his position. 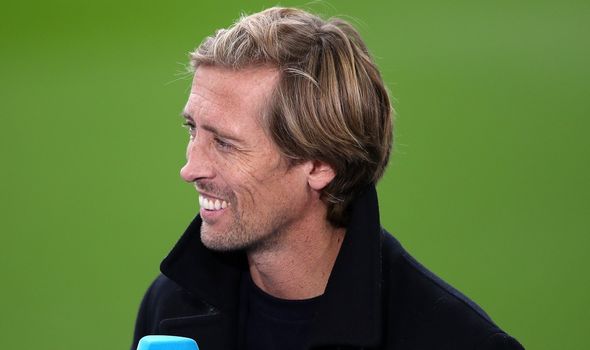 Writing in his Daily Mail column, he said: “Declan Rice has really impressed me this season, to the point I would call him one of the best holding midfielders in Europe.

“I often wondered about the hype around him but watch him closely, how he carries the ball out of defence and the work he puts in. He is looking like the real deal.

“I have watched West Ham a good few times this season — like when they dismantled Leicester — and the more I see, the more I like. It really is time for David Moyes to be given some appreciation for the work he has done.

“I called them the ‘rollercoaster club’ as there would be many ups and downs. Well, it’s time for them to enjoy the ride. They look more credible for Europe now than Wolves, who are always talked up.”