Manchester United have been linked with Lille forward Victor Osimhen as boss Ole Gunnar Solskjaer looks to bolster his attacking options in the summer. However, AC Milan are also interested in the young Nigerian, according to reports in Italy.

The 21-year-old striker has impressed at Lille since joining from Belgian club RSC Charleroi last summer and has scored 18 goals in 38 appearances in all competitions.

This form has attracted the attention of many top clubs across Europe and according to Italian publication CalcioMercato, AC Milan are one of them.

Osimhen was recently described as “the future of Nigerian football” by United striker Odion Ighalo, who also believes his young compatriot will go on to break many records in Europe.

And in an interview with the Independent, Osimhen admitted that not only does he have the ambition of wanting to play in England, but that he also has been speaking to Ighalo about his options. 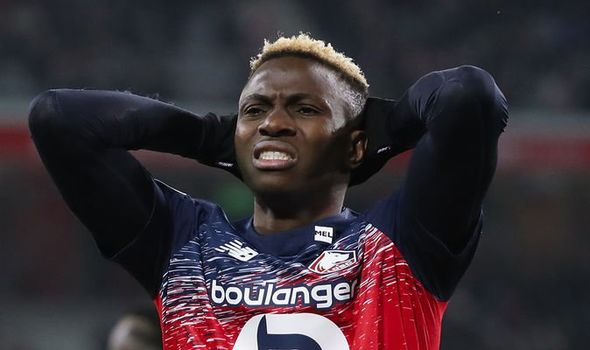 “Of course, one day I’d like to play for a big club in England,” Osimhen said about being linked with Premier League clubs.

“I’ve spoken to Odion about it.

“He gave me very good advice, he’s a legend and a big brother.

“My goal is to play at one of the biggest clubs in the world but now I’m very happy in Lille.

“My priority is to play a lot of games. Signing for a big club and being on the bench is not exciting for me.”

Although the young striker has been linked with several Premier League clubs, according to French publication Le10Sport, Osimhen had become a priority target for Solskjaer.

The Norwegian is looking to add to his attacking options in the summer as the club have yet to replace Romelu Lukaku, who was sold to Inter Milan last summer.

United failed in their attempts to sign Erling Haaland from RB Salzburg, as he decided to make the switch to Borussia Dortmund instead. 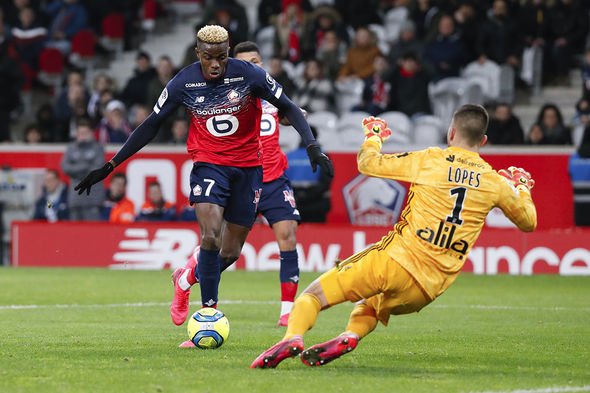 The Red Devils then opted to bring in Ighalo on loan until the end of the season from the Chinese outfit Shanghai Shenhua.

The 30-year-old has made an impressive start after joining his boyhood club, as he has scored four goals in eight appearances, but it is still unclear if United are going to pursue a move to make his temporary spell a permanent one.

Ighalo recently admitted that “there is no offer on the table yet” from United, however, he would likely be expected to take a significant pay cut if he pushed to leave Shanghai Shenhua.

As for the Chinese club, they currently have Ighalo under contract until 2022 and are also exploring the option of extending this to at least December 2024.