The new format has been put forward as a rival to the UEFA Champions League, but not as a replacement to domestic leagues.

The six Premier League clubs will be joined by AC Milan, Atletico Madrid, Barcelona, Inter Milan, Juventus and Real Madrid. Three more clubs could join for the inaugural season which will commence “as soon as practicable”.

A statement read: “Twelve of Europe’s leading football clubs have today come together to announce they have agreed to establish a new mid-week competition, the Super League, governed by its Founding Clubs. 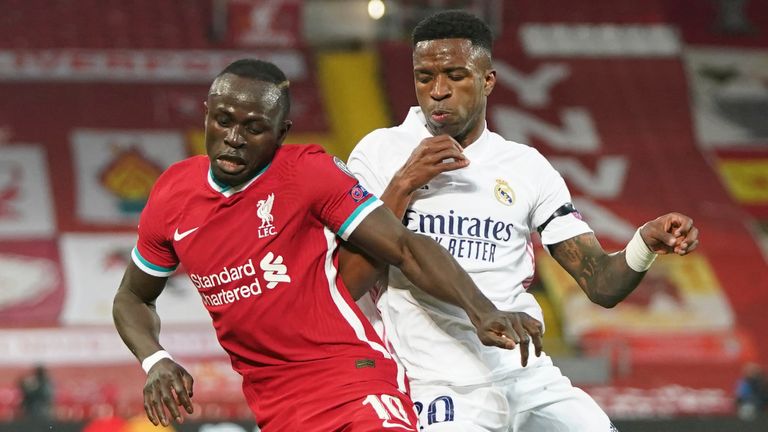 “Going forward, the Founding Clubs look forward to holding discussions with UEFA and FIFA to work together in partnership to deliver the best outcomes for the new League and for football as a whole.

“The formation of the Super League comes at a time when the global pandemic has accelerated the instability in the existing European football economic model.

“Further, for a number of years, the Founding Clubs have had the objective of improving the quality and intensity of existing European competitions throughout each season, and of creating a format for top clubs and players to compete on a regular basis.

“The pandemic has shown that a strategic vision and a sustainable commercial approach are required to enhance value and support for the benefit of the entire European football pyramid.

“In recent months extensive dialogue has taken place with football stakeholders regarding the future format of European competitions. The Founding Clubs believe the solutions proposed following these talks do not solve fundamental issues, including the need to provide higher quality matches and additional financial resources for the overall football pyramid.”

Florentino Perez, President of Real Madrid and the first Chairman of the Super League said: “We will help football at every level and take it to its rightful place in the world. Football is the only global sport in the world with more than four billion fans and our responsibility as big clubs is to respond to their desires.”

Backing the new European league, Andrea Agnelli, Chairman of Juventus and Vice-Chairman of the Super League said: “Our 12 Founder Clubs represent billions of fans across the globe and 99 European trophies.

“We have come together at this critical moment, enabling European competition to be transformed, putting the game we love on a sustainable footing for the long-term future, substantially increasing solidarity, and giving fans and amateur players a regular flow of headline fixtures that will feed their passion for the game while providing them with engaging role models.”

Joel Glazer, Co-Chairman of Manchester United and Vice-Chairman of the Super League said: “By bringing together the world’s greatest clubs and players to play each other throughout the season, the Super League will open a new chapter for European football, ensuring worldclass competition and facilities, and increased financial support for the wider football pyramid.”

The agreement comes on the eve of plans to introduce a new format for the Champions League. UEFA has put forward changes to increase the number of competing teams in Europe’s top club knockout competition from 32 to 36.

Plans for a European Super League would be very damaging for football and we support football authorities in taking action.

They would strike at the heart of the domestic game, and will concern fans across the country. (1/2)

The proposed amendments also include an overhaul of the group stage into a single table, as opposed to the current groups of four clubs, with teams playing ten matches each, and a play-off round introduced before the last-16 phase.

The alterations will be decided upon at UEFA’s executive committee on Monday morning, with top officials at the governing body set to meet in Switzerland.

A statement from the ECA, (European Club Association), released on Sunday evening, said it “strongly opposed” the “closed Super League model” which has been reported on. The organisation has made clear its desire to work with UEFA on amending the structure of European club football from 2024 onwards.

There have been reports of a plan for a breakaway league for a number of years and the speculation returned in January with several media reports that a document had been produced outlining the plans for a 20-team league. 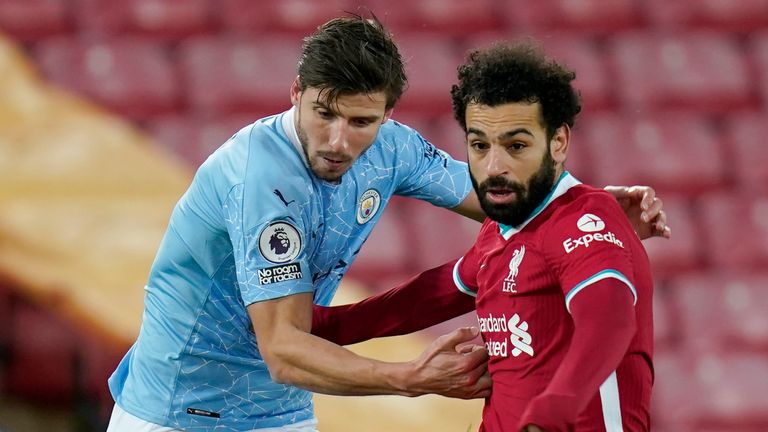 The Premier League, and the organisation’s CEO Richard Masters, have condemned the European Super League concept, and Masters has written to all 20 clubs to indicate the League’s opposition to the project.

“We do not and cannot support such a concept,” Masters’ memo read.

Under Premier League rules, which all clubs sign up to, a club needs “prior written approval” from the Premier League Board to enter another competition not including the Champions League, Europa League, EFL Cup, FA Cup, Community Shield, or competitions sanctioned by the county association of which it is a member. 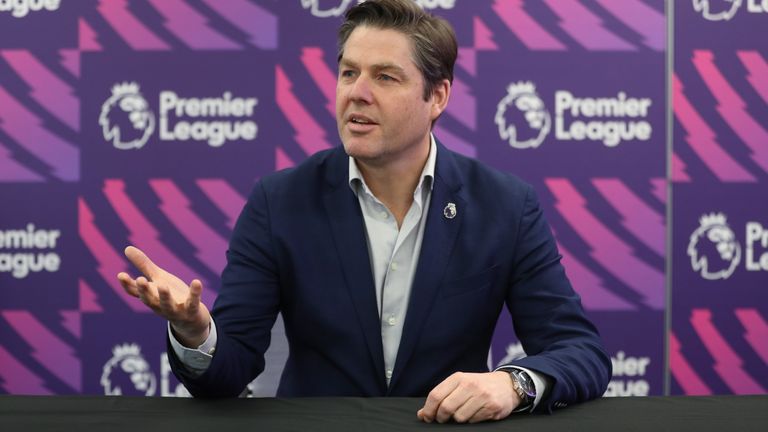 UK Prime Minister Boris Johnson and Oliver Dowden, DCMS (Department for Digital, Culture, Media and Sport) secretary, condemned the plans, with Johnson tweeting that the breakaway League would be “very damaging for football”. Labour Party leader Keir Starmer has said it “risks shutting the door on fans for good”.

The EU Parliament Sports Group – which represents 125 MEPs – has criticised the proposed League, saying that the proposals have “no other purpose than making profit”.

Football supporters are the heartbeat of our national sport and any major decisions made should have their backing. (1/3)

The FA has not ruled out taking legal action over the proposals and have indicated they will block any requests from teams to join such a league.

The PFA, the Football Supporters’ Association, a number of supporters’ clubs, and prominent figures in the game, including former Manchester United manager Sir Alex Ferguson and Sky Sports‘ Gary Neville, have voiced their disapproval of the project. 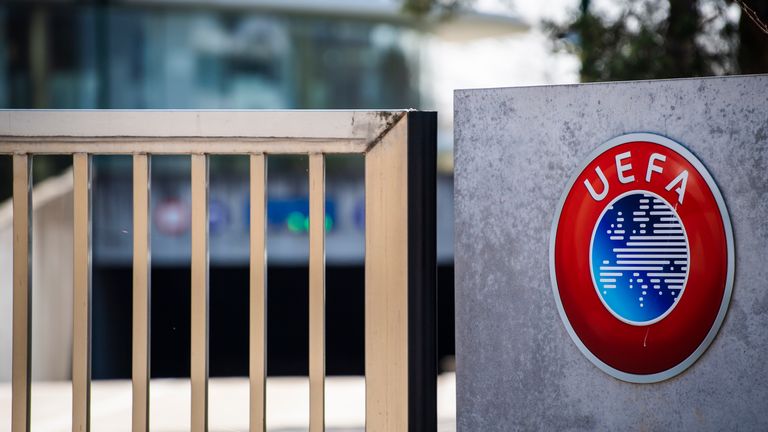 Earlier on Sunday, UEFA released a joint statement, personally sanctioned by the governing body’s president Aleksander Ceferin, with the FA, Premier League, La Liga, and Serie A, as well as the Spanish and Italian football federations, which blasted the plans.

UEFA stressed that Europe’s top national football governing bodies and leagues will remain united in opposing the “cynical” initiative, and will use all methods available to them, including legal action, to prevent the scheme from being put into practice. 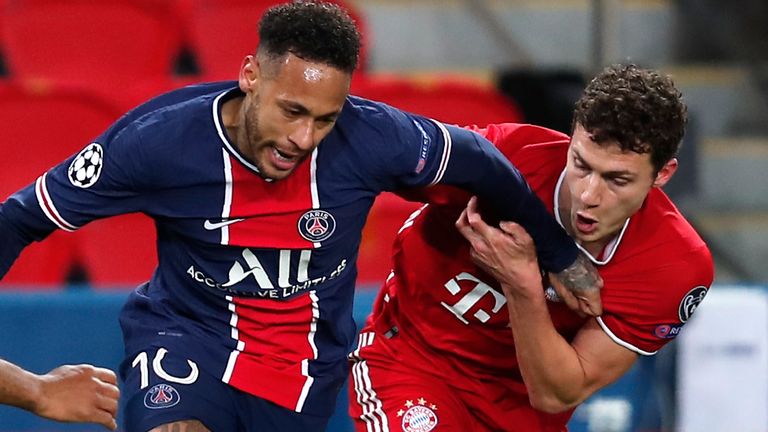 European football’s governing body has also said clubs involved will be prevented from competing in “domestic, European or world level” competitions and that players may be stopped from representing their countries. Meanwhile, UEFA praised sides in France and Germany for not agreeing to join the European Super League.

In January, FIFA said that a breakaway league would not be recognised and that “any club or player involved in such a competition would as a consequence not be allowed to participate in any competition organised by FIFA or their respective confederation” – meaning players would be banned from the World Cup.

Six English teams are expected to be part of plans for a breakaway European Super League, but what do we know so far?

What’s happened? Which clubs are involved? What’s been the reaction? How likely is it? What are the potential ramifications? What would be the format and who is financing it?

“European Super League? Are Arsenal in that? They have just drawn with Fulham, Manchester United are drawing with Burnley. I cannot concentrate on the game. To sign up to the Super League during a season is a joke, they should deduct points off all six of them.”

“It comes down to money, greed, it doesn’t sound good. Let’s hope it’s stopped in its tracks because it’s pure greed. We talk about the big clubs, Bayern Munich are one of the biggest in the world, at least they have made a stand, which is a start.”

“The Premier League has been run amazingly, and clubs are businesses and investments. But what happens to the fans, the memories of what the fans have had over the years?

“Are they to be forgotten about for the sake of money? That’s what football has become now, it’s an absolute disgrace.” A new 36-team Champions League format from 2024 is set for final approval by UEFA’s executive committee on Monday.

A decision had initially been expected on March 31 but was delayed due to some clubs within the European Club Association seeking a greater say on commercial matters for the new competition.

However, meetings of the ECA board and of UEFA’s club competitions committee on Friday have cleared the way for the new format to be rubber-stamped. It is understood the differences which led to the first delay have been set aside rather than resolved.

The expanded format is a cause of concern for the Premier League and many other European domestic competitions, while fans’ groups wrote an open letter to ECA chairman Andrea Agnelli criticising it on Friday morning.

European football’s governing body will also make a final decision on host venues for Euro 2020, with Bilbao, Dublin and Munich the three yet to be confirmed of the original 12.

The Champions League executive committee will vote on whether to do away with the current group system – where 32 teams are split into eight pools of four – and replace it with one 36-team league.

Each team plays 10 matches on a seeded basis – four more than in the current group phase – in a so-called ‘Swiss model’, previously described as “ideal” by Agnelli in part because it allows the flexibility to add even more matches in the future.

The new format takes the Champions League from 125 to 225 matches, which would create a huge headache for domestic schedulers. EFL chairman Rick Parry says it would be a “major threat” to the Carabao Cup and the Football Association also wrote to UEFA to express its concerns.

The encroachment of the competition into January – usually kept free for domestic club football – is understood to be another concern for the Premier League.

The league’s top eight would qualify automatically for the last-16 knockout stage, with the teams finishing ninth and 24th playing off for the remaining eight places.

The allocation of two of the extra four places to sides based on previous European performance has also proved controversial.