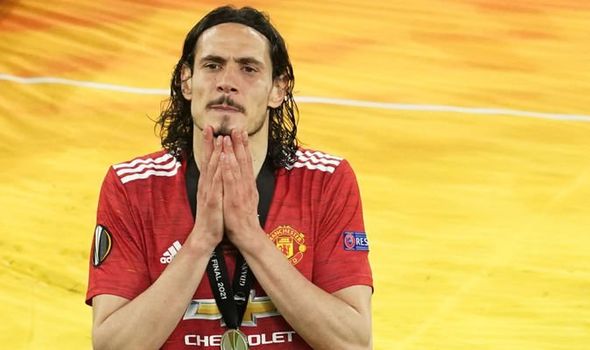 The streak of success that once ran through Manchester United like letters through a stick of rock recedes further and further into the distance. Four years and counting is a long stretch for England’s richest football club.

The Europa League final might have been decided by the lottery of lotteries – goalkeeper versus goalkeeper from the spot – but it should never have come down to that given the disparity in resources between United and Villarreal.

The debrief at Old Trafford will be painful. Is Ole Gunnar Solskjaer up to it? Has Bruno Fernandes been exposed as a town hall act? What is the point of Victor Lindelof? The talk will turn to signings and whether United should break the bank for Harry Kane.

But spread across the inquest like a blanket over a pensioner’s knee will be the lack of a winning mentality at the club.

The recipe for winning in a team sport is a complex one. Playing staff, management, preparation, relationships, leadership – there are many ingredients. But one cast-iron certainty is that the formula does not involve petulantly tearing off a runners-up medal as an alpha male show of defiance. 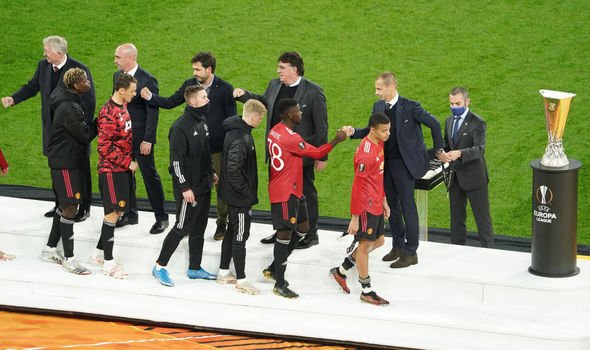 There will have been those watching a stream of United players reject their consolation prize from UEFA president Aleksander Ceferin in Gdansk on Wednesday night who will link their lack of grace in defeat with a champion’s outlook.

‘Show me a good loser and I’ll show you a loser’ – that sort of junk.

If United’s players really wanted to demonstrate they are closet winners-in-waiting they should have shown it in the 120 minutes against Villarreal. The response on the podium afterwards was merely performance art. And Wednesday night’s was a pretty unedifying production.

For those that applauded the likes of Brandon Williams, who never kicked a ball on the night, and Paul Pogba, who barely did, for their playground pique, believing such actions somehow miraculously make a team more likely to win a trophy next season, think on.

Much like Marcus Rashford’s impassioned words afterwards they mean precisely nothing unless they are accompanied by improvement, where it matters, on the pitch.

The only knock-on effect from their churlishness will be copycat posturing at kids’ tournaments from young players persuaded that must be the way to behave in defeat.

Losing is part of sport, just as it is part of life. As the NBA basketball great Kareem Abdul-Jabbar put it: ‘You can’t win unless you learn how to lose’.

United are not the first team to act in such a way but the entitlement it conveys grates every time.

Imagine if every Olympic athlete ripped off their silvers and binned their bronzes on the podium in Tokyo this summer.

It is to be hoped that whichever English club loses out in the Champions League final tomorrow evening accepts their fate – and their medals – with more class. 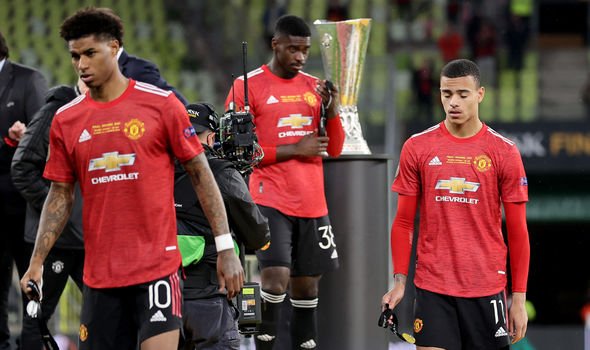 The pain of falling at the last hurdle is extreme – especially when a side underperforms so badly on the night – but it does not excuse the look.

Contrast the sulkers in the United ranks on Wednesday with Edinson Cavani.

Tireless as ever in the side’s cause, the Uruguayan accepted his medal with humility and a sad smile and left it there around his neck. As Villarreal lifted the trophy, he stood there applauding.

Does behaving with dignity somehow make Cavani a loser? Or weak in some way?

Anyone who thinks he does not have a winner’s mentality does not understand what one is. Ten more Cavanis and United would not be dusting down an empty trophy cabinet for another year.