Manchester United have been offered the chance to sign Porto star Alex Telles because they’re struggling to sign Sergio Reguilon from Real Madrid, reports say. The Red Devils are well-stocked at left-back with Luke Shaw, Brandon Williams, Tim Fosu-Mensah and Diogo Dalot all capable of playing there. But, despite that, they could still strengthen in that department.

But, despite that, they’ve been linked with a move for Reguilon with the transfer window currently open.

United admire the Real Madrid left-back, who was voted the best in his position by his La Liga peers after shining for Sevilla last term.

However, Portuguese newspaper A Bola claim that United are struggling to sign the 23-year-old, believing he doesn’t want a move to Old Trafford without a buyback clause installed in his contract.

And, as a result, it’s claimed that super-agent Pini Zahavi is trying to use a ‘window of opportunity’ to secure a move for Telles to Old Trafford.

Zahavi is trying to take advantage of the Reguilon situation by getting his client a switch to the Premier League. 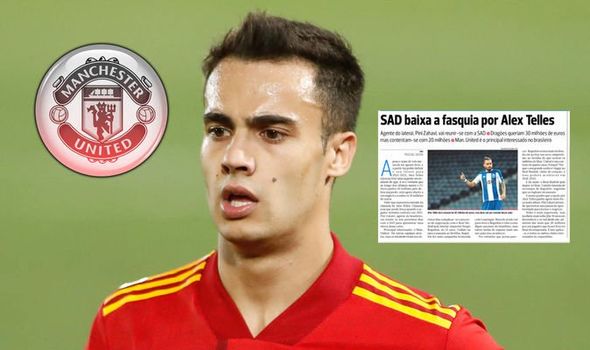 However, United don’t want to spend any more than £18million on Telles – who has just a year of his Porto contract remaining.

And what ultimately happens is something only time will tell, with United also focusing on signings elsewhere on the pitch.

Jadon Sancho remains their priority, with the England international eager to move to Old Trafford and play alongside the likes of Bruno Fernandes, Marcus Rashford and Anthony Martial.

But, with Borussia Dortmund currently pricing them out of a potential transfer deal, the Red Devils have drawn up a list of alternatives.

Gareth Bale is back on their radar, with Real Madrid determined to get the Wales international off the wage bill after seven years at the Bernabeu.

Kingsley Coman is also under consideration, despite Bayern Munich being unlikely to sell their star asset in the wake of his Champions League heroics against Paris Saint-Germain. 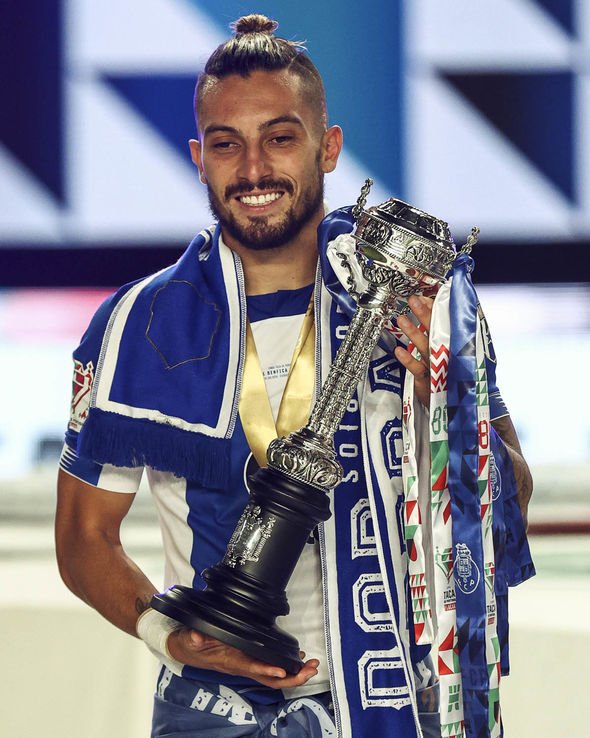 And United also admire Barcelona pair Ousmane Dembele and Ansu Fati, while Douglas Costa could be a short-term option with Juventus putting him up for sale.

Meanwhile, United legend Rio Ferdinand wants to see Reguilon signed – and feels they should sign two forwards and a centre-back.

“I would say definitely after Van de Beek they need probably – if they’re going to really compete – three or four. Players that can go in and actually affect the first team, the first XI,” Ferdinand told BBC Radio 5 Live.

“And Reguilon we’re talking about, the lad at Sevilla who’s from Real Madrid, he was voted the best left-back in La Liga so really good credentials.

“Luke Shaw I think is unfortunate in terms of his injuries. He’s played games but then he hasn’t been able to sustain a full season without any injuries, which is disappointing.

“But listen, if I was looking at it and looking at the team, in the forward areas I think one or two additions.

“One definitely, maybe two, are needed that can come in and affect that first team and push people, if not start.

“And then I think a centre-back. That area, for me, is where there’s a lack of real, genuine pace and I think the best teams around at the moment have a player in one of the two players that play [at centre-back] in a four that has genuine pace normally.

“I think Liverpool are the team that’s dominated this season.

“The two centre-backs can be sat on the halfway line, they’re sitting there purring, waiting to be taken on in a foot race back to the goal and they back themselves.

“And with that, what that does as well, it’s not just about pace – knowing how to defend as well – but what that allows is more players to be able to go forward and pin the other team back in the opposing team’s third, which is, the way the game is played today, very critical.”