Manchester United have reportedly offered Borussia Dortmund star Jadon Sancho a huge salary in order to bring him to Old Trafford. However, this was supposedly done before the coronavirus crisis. And Dortmund are now planning to offer him a new contract in order to keep their wing wizard at the Westfalenstadion.

Manchester United pair Ole Gunnar Solskjaer and Ed Woodward are both in agreement on Sancho.

They see the 20-year-old as a player capable of propelling them to plenty of silverware over the years, having watched him shine in Germany over the past three years.

United were hopeful of signing Sancho last summer but, due to their failure to secure Champions League qualification, were forced to settle for Daniel James instead.

Now, though, they’re confident he will be theirs by the time the transfer window shuts this summer.

And Bild say United have offered the England international a massive salary in order to bring him to Old Trafford at the end of the season.

Yet this offer was reportedly made before the coronavirus crisis. 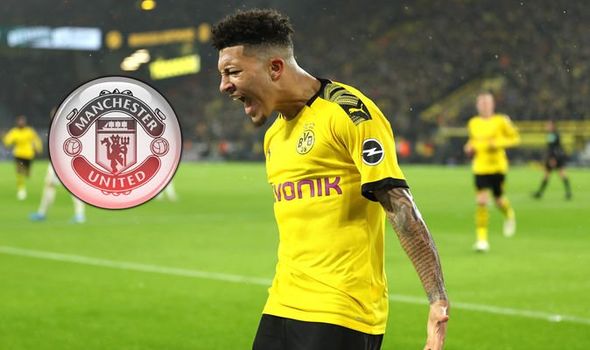 And, now, Dortmund haven’t given up on keeping the 20-year-old at the Westfalenstadion – and are ready to give him a new contract.

Should Sancho decide to stay, it’s claimed Lucien Favre’s side intend to make him one of the highest-earners at the club.

They’re supposedly willing to offer the 20-year-old an annual salary worth £9million a year in order to keep him at the club.

Only Marco Reus, on £12m annually, would earn more than the youngster.

And what happens remains to be seen, with United still very much interested in bringing the former Manchester City youngster back to the Premier League.

While the Red Devils want Sancho, though, ESPN pundit Craig Burley has urged the club to consider signing Harry Kane from Tottenham instead. 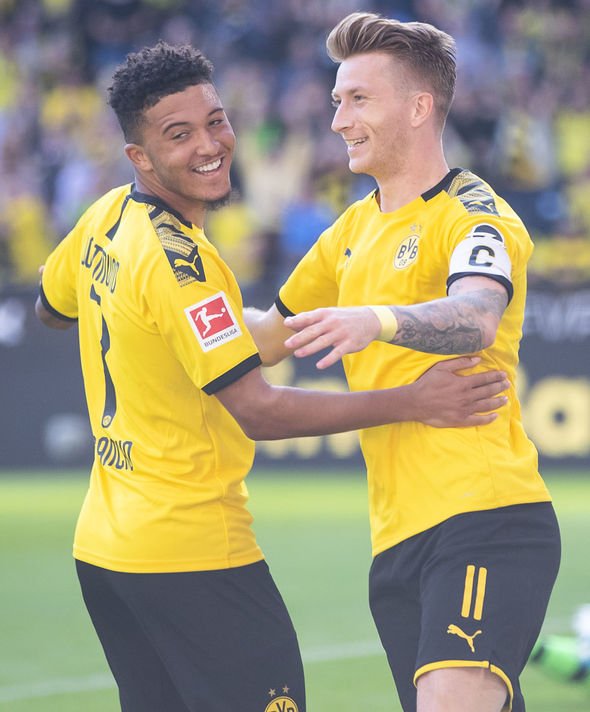 Kane has hinted at leaving Spurs behind for a new challenge elsewhere putting the Red Devils on red alert.

And Burley said: “I would go for Harry Kane.

“I think United need to make some big statements.

“Are you going to have to pay some big bucks? Yes. Is there going to be a big sell-on at the end? Probably not.

“Although you’re going to get probably four or five years with one of the best natural strikers on the planet. That’s too big to turn down.

“If you want ten years, look at Jadon Sancho. But United already have young players.

“They’ve got the youngsters in and around the squad already.

As well as Sancho and Kane, United have been linked with Jack Grealish.

But recent reports have suggested they’ve changed their approach, with the Red Devils now focusing on signing a defensive-minded midfielder instead.