Manchester United beat Leicester 2-0 at the King Power Stadium, with Bruno Fernandes and Jesse Lingard the heroes for the visitors. The Portugal international scored the only goal of the game via a penalty after Anthony Martial went down in the box. Express Sport will now rate and slate the players from the Premier League showdown, with Ole Gunnar Solskjaer steering his side back into the Champions League.

Didn’t have much to do and looked nervy early on but will be delighted with a clean sheet.

Was solid defensively and kept Leicester at bay. Must do better when getting forward, however.

Stood up tall to Jamie Vardy and Kelechi Iheanacho. Showed some composure on the ball amid the heat of the battle and was United’s best player.

United paid £80million to sign Harry Maguire in the summer and, though he looked nervy early on, recovered to keep Vardy and Iheanacho at bay. 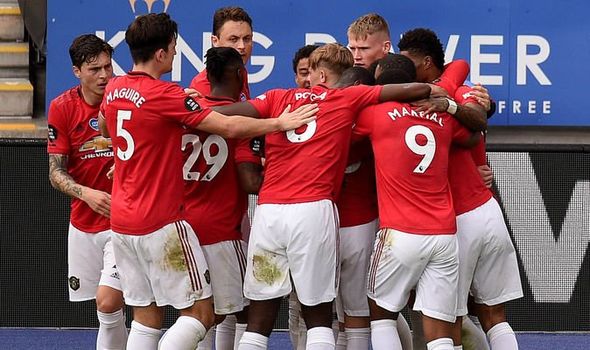 Continues to grow in stature. Could have lost his head but, instead, kept his cool to help United over the line.

Offered United extra defence protection at the back and helped tee up attacks going forward. A calming presence.

Solid, but unspectacular from the France international. Likely to be at United next season with Juventus and Real Madrid unable to afford him.

Looks in sore need of a rest. Bruno Fernandes should benefit from a break before United get their Europa League campaign back under way but still scored the winner nonetheless. 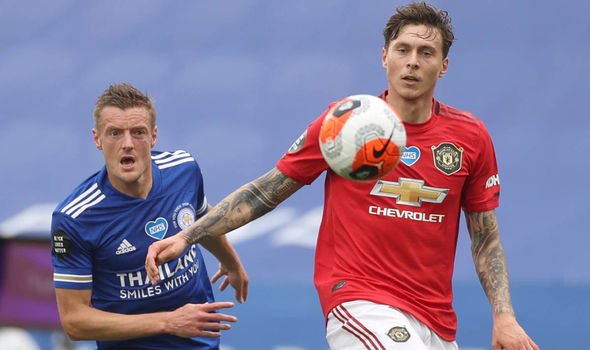 Quiet afternoon for the United youngster but will be delighted with his efforts overall this season.

Like Greenwood, Anthony Martial was also quiet. Bu he won the penalty and will also be delighted with his campaign.

Tested Kasper Schemichel with a thunderbolt shot but the United star was their weak link at the King Power Stadium.

Showed some neat touches and scored to give the Red Devils all three points.

Came on for Fernandes late on and kept things ticking along nicely in the middle of the park.