Manchester United will listen to offers for five first-team players this summer, as well as French star Paul Pogba. That’s according to a report in The Sun, claiming the Red Devils will let Pogba, Diogo Dalot, Jesse Lingard and Phil Jones leave the club in the summer.

Dalot was a firm favourite of Jose Mourinho during his time at the helm at Old Trafford, but now it appears he will be sold. The Portuguese right-back was considered to be one of the most promising young defenders in the world when he signed for United in 2018 for £19million.

The 21-year-old has only featured four times in the league this season due to injury, and has seen his chances at game time limited by the signing of Aaron Wan-Bissaka.

United forked out £50m to buy Wan-Bissaka last summer, and since then he has emerged as one of the club’s standout players.

And The Sun reports that he will be on the chopping block this summer, as United look to recoup funds to go after Jadon Sancho and Jack Grealish. 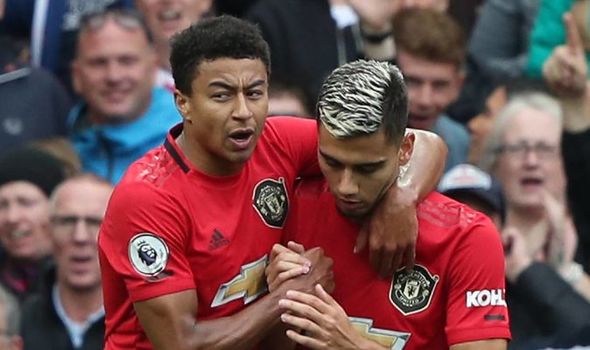 He isn’t the only player the club will let go of, however, with four other players also up for sale.

United will also listen to offers for Lingard, Andreas Pereira, Jones and Pogba.

Jones has only featured three times in the Premier League this season after falling out of favour with Ole Gunnar Solskjaer, while Lingard has been heavily criticised for his lack of output in front of goal.

The former Blackburn defender has only played twice in the league this season, with the Norwegian boss preferring a defensive option of Harry Maguire and Victor Lindelof.

Chris Smalling, who is currently on loan at Roma, is expected to be sold to the Italian side.

The defender has impressed during his spell in Serie A, and Roma are expected to make his stay permanent once the window opens.

The Italian side will reportedly pay £17m for the 30-year-old, who wants to stay at the club.

Pogba, meanwhile, is expected to be a target for Real Madrid and Juventus when the window opens, and his transfer fee could fund a move for either Sancho or Grealish. 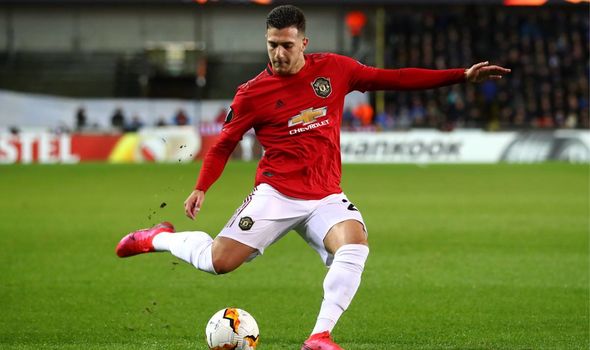 The Red Devils apparently want to make a profit on the £89m they paid for him in 2016, and value Dalot at £35m, meaning they should be in a good position financially after their summer business.

United have already ended their interest in signing Harry Kane from Tottenham, after Ole Gunnar Solskjaer decided to focus on the development of Marcus Rashford and Mason Greenwood instead.

The Tottenham striker would have reportedly cost at least £200m, and United are keen to focus their attentions elsewhere.

Sancho, however, is expected to become the team’s first signing of the summer, having reportedly agreed terms with United over a move.