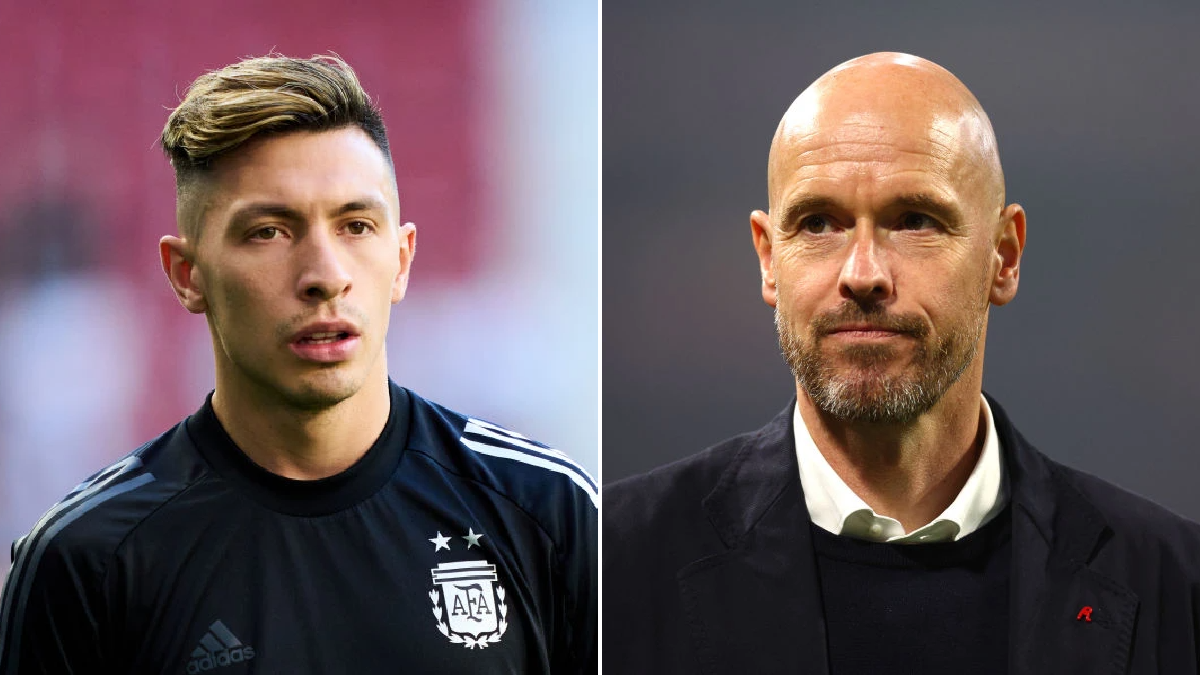 Manchester United are preparing an opening offer for Ajax star – and Arsenal target – Lisandro Martinez after being rebuffed by his team-mate Jurrien Timber, according to reports.

New boss Erik ten Hag had identified young Dutch defender Timber as his preferred choice to reinforce United’s leaky backline, but he was left stunned when the 20-year-old snubbed a move to Old Trafford.

Netherlands head coach Louis van Gaal is believed to have played a role in the decision, with the former United boss warning Timber that he would not have a place in this winter’s World Cup squad if he is not playing regularly.

But United are ready to move on quickly from that rejection and have switched their focus from Ajax’s Talent of the Year to their Player of the Year instead.

According to De Telegraf’s Mike Verweij, United are now in the process of readying an offer for Ajax’s versatile Argentine centre-back Martinez – who is also being pursued by Arsenal.

Ten Hag knows the 24-year-old extremely well, having coached him for the last three years, and feels he is ideally suited to the style of play he wants to impose at Old Trafford.

Martinez’s versatility is another huge selling point, with the Argentine also capable of playing as a defensive midfielder and at left-back.

It is that ability to play in multiple positions which also appeals to Mikel Arteta and the Gunners are ready to battle it out with United to sign Martinez.

Although the Gunners never submitted an official offer for the defender, they did make contact with Ajax’s hierarchy and made it clear they were willing to pay around €30million (£25.8m), and they are now ready to submit a formal bid.

The Eredivisie champions do not want to sell Martinez, however, and both Arsenal and United will need to stump up an offer that is too good to turn down in order to get their man.

Ten Hag is yet to make a signing since taking over the reins at Old Trafford, with a deal for Barcelona’s Frenkie de Jong still stuttering and Christian Eriksen believed to be leaning towards staying in London.