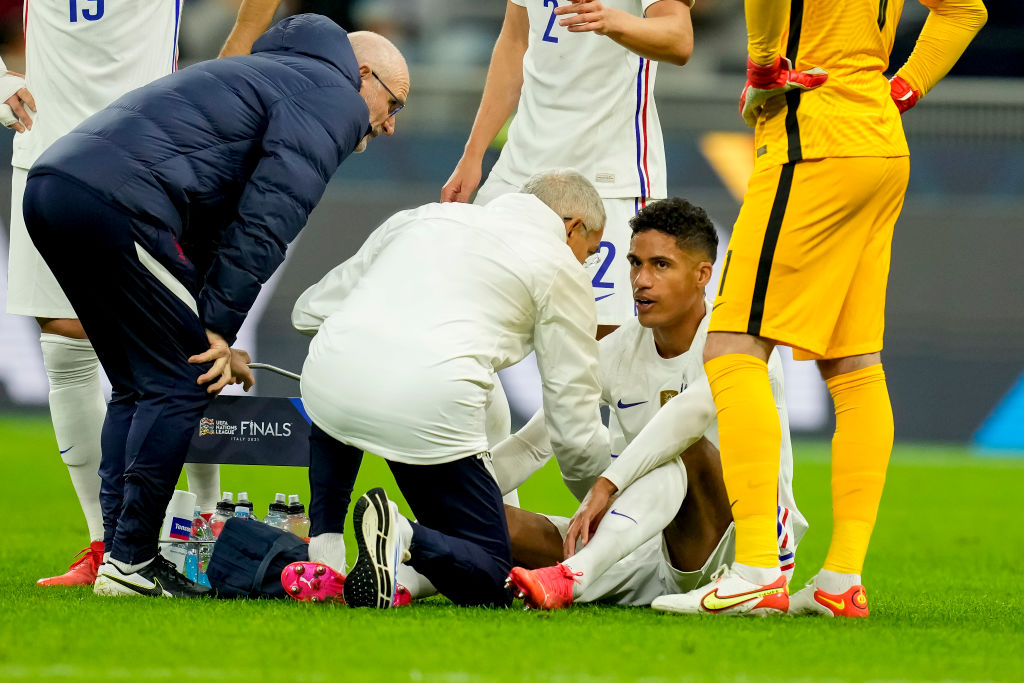 Manchester United have confirmed Raphael Varane will be out of action for ‘a few weeks’ after the defender sustained a muscle injury while on international duty with France.

Varane lasted just 43 minutes of Sunday’s Nations League final between France and Spain as Didier Deschamps’ men came from behind to win 2-1 at the San Siro.

Replays showed Varane wincing as he raced back towards goal and the 28-year-old immediately gestured towards France’s medical staff that he would have to be replaced.

The centre-back – who swapped Real Madrid for Old Trafford in the summer – was subsequently pictured with an ice pack around his thigh as he watched the second half from the substitutes bench.

‘Raphael Varane sustained a groin muscle injury in the UEFA Nations League final and has commenced rehabilitation at the club,’ a statement on Manchester United’s website said on Tuesday afternoon.