Bruno Fernandes has reportedly lost faith in Ole Gunnar Solskjaer and does not believe he is the right man to steer Manchester United back to the top. The Portuguese arrived at Old Trafford in January from Sporting and quickly helped United get their season back on track.

The Red Devils went on to finish third as Fernandes won their Player of the Year award following his immediate impact in English football.

Yet instead of building on what proved to be a promising season, Solskjaer’s side appear to have gone backwards this term.

They were beaten 3-1 at home to Crystal Palace before bouncing back against Brighton thanks to a last-gasp penalty from Fernandes.

His opening spot-kick inside a minute could not inspire United to victory against Spurs though as Jose Mourinho’s side ran riot on his former stomping ground. 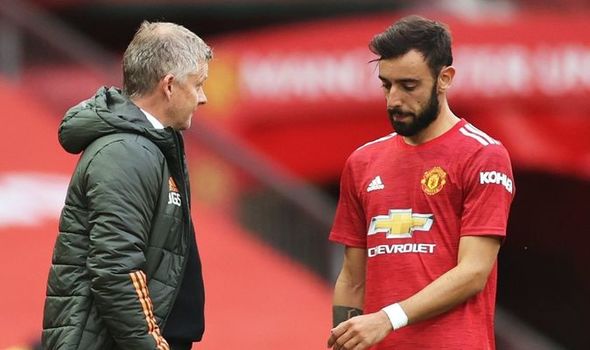 Whispers have since emerged detailing Fernandes’ frustration at United’s lack of progress and now Portuguese journalist Goncalo Lopes has confirmed the attacking midfielder has lost faith in Solskjaer.

Fernandes is said to have huge concerns about Solskjaer’s tactics and inability to find solutions.

The 26-year-old reportedly lost his cool in the dressing room after the thrashing against Tottenham.

Reports claim he was heard shouting at his teammates: “We are supposed to be Manchester United!”

With Arsenal and Tottenham showings early signs of improvement, United face a fight to secure another top-four finish.

Journalist Duncan Castles has provided further details on the concerns of Fernandes at United.

He told the Transfer Window Podcast: “What I’m hearing, and this is coming from a source very close to the player, is that Fernandes’ opinion of Solskjaer is similar to that of other senior members of the team. 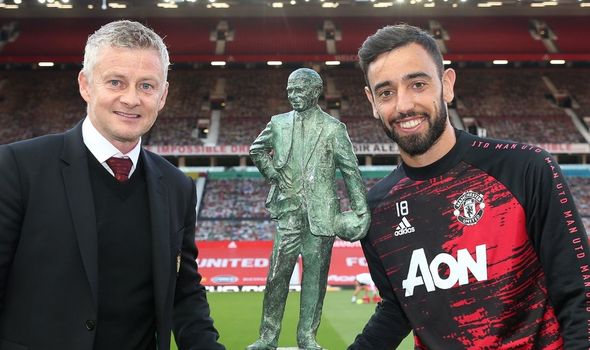 “He doesn’t feel like [Solskjaer] is strong enough to manage the squad. He feels he doesn’t have the capabilities to push the players they have forward in the direction they should go.

“On top of that, I understand Fernandes is angry with the club because what they did in the summer. It does not cohere with his expectations of what would happen when he arrived.

“They haven’t, in his view, signed players required to improve what is obviously a substandard squad. They’re not to the level where they can fight for titles against Manchester City, Liverpool and Europe in the Champions League.

“It’s not entirely surprising to me that this has happened, it’s a common pattern in the dressing room – this opinion of Solskjaer.”