Manchester United are looking to sign Edinson Cavani after he was released from Paris St-Germain with Ole Gunnar Solskjaer desperate to bolster his attack. The Uruguayan has had a fantastic career but is demanding huge wages to make the switch to Old Trafford.

United are upping their efforts to sign Cavani on a free transfer with a new striker firmly on the shopping list.

The Red Devils have plenty of business to conclude before the end of the transfer window with the likes of Alex Telles, Jadon Sancho and Ousmane Dembele linked.

Solskjaer had made four positions a priority in the market, a right-winger, a left-back, a striker and a centre-back.

With Eric Bailly returning to fitness, the last of those boxes appear to be ticked. 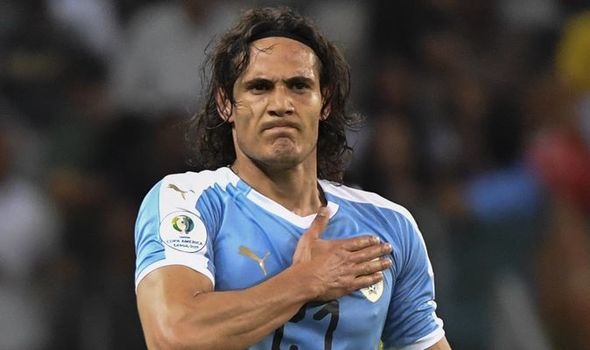 And the club are looking to push for Sancho and Dembele ahead of Monday’s deadline, with one set to join depending on how Borussia Dortmund deal with United’s bid.

Mystery surrounds Telles’ situation with United potentially looking to sign him for free next summer rather than splash out this year.

It leaves a striker on the wish list – with Cavani and Luka Jovic strongly linked.

After Real Madrid let Borja Mayoral join Roma, Jovic looks set to play back-up to Karim Benzema meaning Cavani has been left as the only option.

And according to talkSPORT, it has seen the Red Devils accelerate their efforts to land the Uruguay international – who left Paris St-Germain at the end of his contract in the summer.

However, the former Napoli frontman is demanding huge wages to make the move to Old Trafford as a result of no transfer fee involved.

It remains to be seen what that total could be but some reports have talked up a potential £200,000-a-week contract – plus a huge signing-on fee. 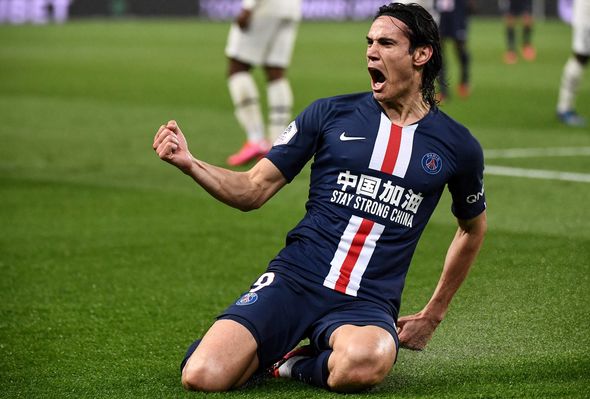 What it means for Odion Ighalo could be a nightmare after his early form fizzled out towards the end of the season last term.

The Nigerian started life out at United in fine fashion after goals in the Europa League and FA Cup.

But the 31-year-old has never scored in the Premier League for the Red Devils in 12 appearances and Solskjaer is demanding more quality up front ahead of a long season.

Cavani has been linked with moves to Benfica and River Plate but United have made similar-styled transfers in the past.

Zlatan Ibrahimovic swapped life in Paris for Manchester in 2016 when Jose Mourinho was at the helm and had a successful season.

He helped United win the Europa League before injuries stunted him, leading to a move to LA Galaxy.