Home » Soccer » Man Utd tipped to make one new signing because of Rashford, Martial and Greenwood

Manchester United need to sign a striker who has a killer instinct and desire to score goals, according to former England forward Darren Bent. United forwards Marcus Rashford, Anthony Martial and Mason Greenwood have scored 62 goals between them in all competitions so far this season, each enjoying their best goalscoring campaigns of their respective careers.

But Bent believes the trio are not greedy enough in front of goal.

Rashford and Martial were the joint-eighth top scorers in the Premier League, each with 17 strikes to their name.

Martial played the majority of the campaign as the main centre-forward, replacing the departed Romelu Lukaku. 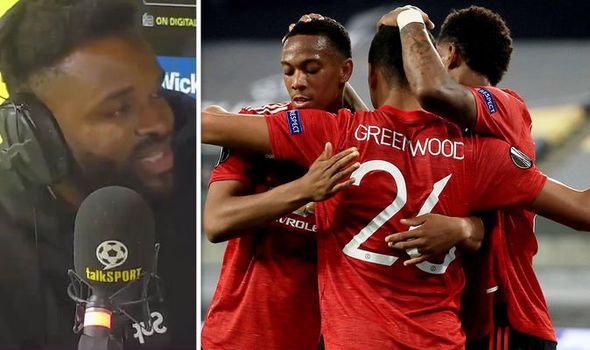 “When I look at Marcus Rashford, Anthony Martial and Mason Greenwood, obviously all goalscorers, all like to score goals, but I can’t see an ounce of greediness in any of them,” he said on talkSPORT.

“I think at times one of them needs to have maybe a little bit of edge.

“But when I look at Rashford and Martial, I don’t sense any of that in them, no real killer [instinct] to win that award.

“I’m sure that wasn’t to the detriment of the team though, I think he still wanted the team to do well.”

Bent says all strikers must have a greedy side to their game or otherwise they will not get big moves in their careers.

He added: “In some respects it goes hand in hand because if you’ve got aspirations of playing at the very top of the game, the best, best clubs in the world, then self-accolades have got to be important because if you’re a centre-forward and you want a move to the top clubs, you have to score a lot of goals.

“The top clubs are not going to go and sign a player who scores five goals a season.

“You’ve got to be a bit self-conscious, you’ve got to score 30-plus goals for the top clubs to go: ‘He’s doing that, let’s go and sign him’.”