Manchester United face the prospect of a three-way battle for Jadon Sancho if they fail to secure his signature in this transfer window. Ole Gunnar Solskjaer has earmarked the England international as his top target but Old Trafford officials are reluctant to meet Borussia Dortmund’s £100million valuation.

Dortmund have insisted Sancho will not be leaving after the Premier League club failed to meet their August 10 deadline to pay the asking price.

The behind-the-scenes contract extension until 2023 awarded to Sancho has protected the Bundesliga outfit’s position.

Westfalenstadion bigwigs are privately predicting that Barcelona and Real Madrid will join the race for the 20-year-old winger next year.

If their belief comes to fruition it would leave Ed Woodward in a bidding war with two of the world’s biggest clubs. 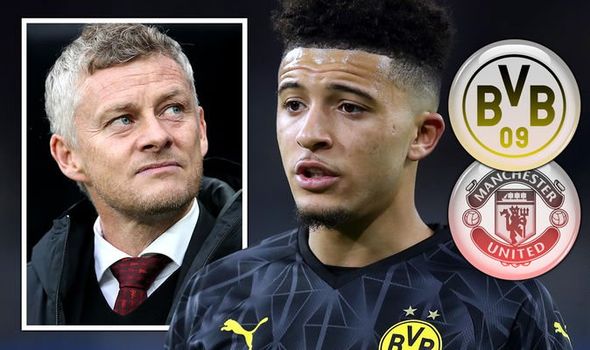 The United top brass are unwilling to spend more than £80m for Sancho, despite Solskjaer being desperate to add him to his squad.

A way to avoid the battle with La Liga’s top two is to bend to Dortmund’s will and stump up the cash now.

But, according to the Daily Mirror, United are likely to interpret the twist as an attempt by Dortmund to do just that.

While qualification for next season’s Champions League has beefed up the club’s transfer kitty, Woodward previously admitted talk of a mega-money buys were unrealistic considered the financial impact of the coronavirus crisis.

But former Liverpool winger John Barnes believes United only have themselves to blame if they refuse to meet his asking price this summer.

“I don’t think one more years’ experience in Germany will hurt him at all, it’ll give him a chance to show that he can perform consistently. If he has another good season then Manchester United will probably pay the money for him next year, as he’s still young enough. If he doesn’t have another good season, would he have had been good enough for Manchester United anyway? So, having another year to play and grow in Germany, with less pressure, is not a bad thing.

“Being upset that he didn’t go to Manchester United and wallowing in a bad attitude would not be the right thing for him to do now. He should knuckle down and prove to the world that he is worth the €120 million.” 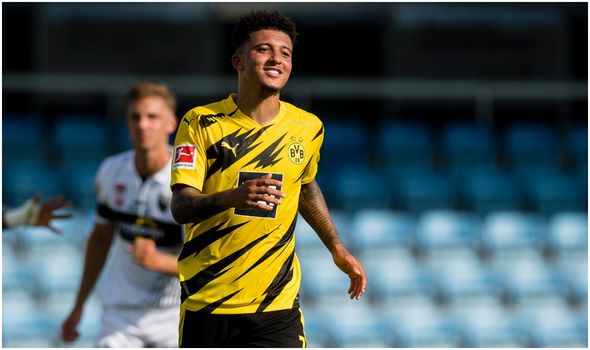 Dortmund have doubled down on their position since sporting director Michael Zorc ruled out a summer move for Sancho on Monday.

“We are Westphalians,” Watzke told RTL.

“We agreed on this rule, which Zorc explained on Monday. For a Westphalian, definite means definite.

“Jadon will play with us for the 2020-21 season. There is no room for interpretation.”

Related posts:
Basketball News:
Jey Uso on facing Roman Reigns at Clash of Champions, why he prefers tag team wrestling and a rebirth of the Samoan SWAT Team
5 talking points as Man Utd prevail after added-time drama at Brighton
Where Houssem Aouar would fit in at Arsenal and who will have to miss out
MLB News:
Yankees’ Aaron Boone unloads more F-bombs after an ejection
NCAA issues COVID-19 guidelines for college basketball season
Michael F. Florio's Week 3 fantasy football matchups
Recent Posts
This website uses cookies to improve your user experience and to provide you with advertisements that are relevant to your interests. By continuing to browse the site you are agreeing to our use of cookies.Ok