Transfer update: How January spending compares to past years

Manchester United could make a move that would enrage Liverpool fans due to his history with Jurgen Klopp and Mo Salah. The Red Devils are being linked with a swoop for Sergio Ramos, who is yet to sign a new contract at Real Madrid.

The Spain international is regarded as one of the best defenders, but wound the Reds up the wrong way when he injured Salah during the first half of the 2018 Champions League final.

Ramos failed to apologise for the clumsy challenge which left Salah with sprained ligaments in his shoulder, and putting his place at the World Cup in doubt.

Instead of making amends, the Spaniard said it was blown out of proportion and mocked other players, riling fans up even more.

He said a month after the 3-1 win in Kiev: “Damn, they’ve given this a lot of attention, the Salah thing. 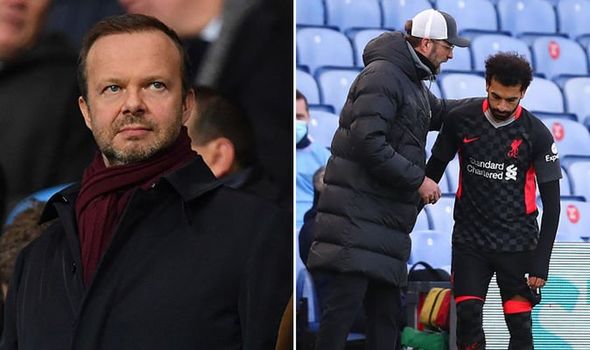 “I didn’t want to speak because everything is magnified. I saw the play well, he grabbed my arm first and I fell to the other side, the injury happened to the other arm and they said that I gave him a judo hold.

“After the goalkeeper said that I dazed him with a clash. I am only missing Firmino saying that he got a cold because a drop of my sweat landed on him.

“I spoke with Salah through messages, and he was quite good.

“He could have played if he got an injection for the second half, I have done it sometimes but when Ramos does something like this, it sticks a little bit more. 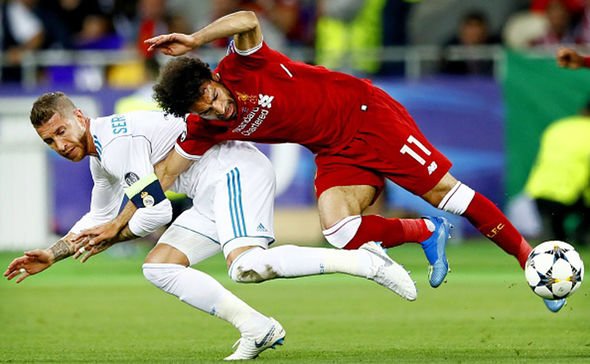 “I don’t know if it’s because you’re at Madrid for so long and win for so long that people look at it a different way.”

Klopp spoke publicly about Ramos’ challenge and the reputation he has built for himself, as the defender also left goalkeeper Loris Karius with a concussion that potentially caused him to make two errors.

“If you watch it back and you are not with Real Madrid then you think it is ruthless and brutal,” said Klopp, also back in 2018.

“I saw the ref taking charge of big games at the World Cup and nobody really thinks about that later. But in a situation like that somebody needs to judge it better.

“If VAR is coming then it is a situation where you have to look again. Not to give a red card but to look again and say: ‘What is that?’ It was ruthless.

“I’m not sure it is an experience we will have again – go there and put an elbow to the goalkeeper, put the goalscorer down like a wrestler in midfield and then you win the game. That was the story of the game.

“Ramos said a lot of things afterwards that I didn’t like. As a person I didn’t like the reactions of him. He was like: ‘Whatever, what do they want? It’s normal.’ No, it is not normal.

“If you put all of the situations of Ramos together then you will see a lot of situations with Ramos. The year before against Juve he was responsible for the red card for [Juan] Cuadrado. Nobody talks about that afterwards.”