Erik ten Hag has confirmed that he will be attending meetings over the international break to discuss Manchester United’s plans for the January transfer window. His side have made a fairly strong start to the season and could push for the top four with further investment.

The Red Devils are currently fifth in the Premier League, winning their last four games – including against Arsenal and Liverpool. Ten Hag is reaping the benefits of his summer investment, with several new arrivals impressing.

Christian Eriksen has shone in midfield for United, with defenders Tyrell Malacia and Lisandro Martinez both making a step up from the Eredivisie to the Premier League seamlessly. And new arrival Antony has also shown potential after his £86million move from Ajax.

Ten Hag has revealed that he is set to hold talks about how his future spending will look this year. Asked about the upcoming international break, the Dutchman told MUTV: “Always to use such breaks [is] useful. We have many meetings, we have to improve the structures in and around the club, we will do. 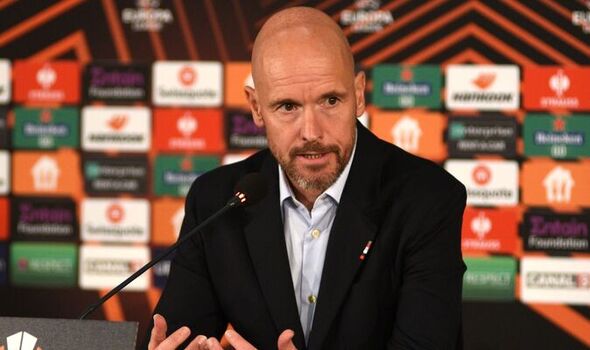 “We will also look to the window in January or next summer already but also to improve our way of playing by making plans and, of course, this coming period with every third day a game we have to get ready for that.

“The players: 90% is away, the others will train proper and for the rest, we have to prepare very well and I hope everyone stays fit, return, healthy back and we have to go in and attack.” United return from the international break with a crucial game against Manchester City, so attention will certainly be equally shared between transfers and that match over the coming weeks. 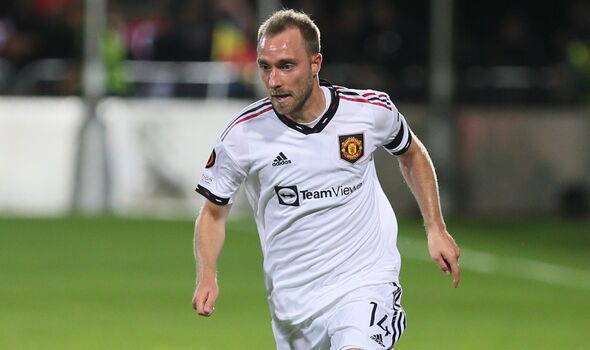 Aaron Wan-Bissaka was heavily linked with a move away from Old Trafford over the summer having failed to hit the heights that his £50m move from Crystal Palace would suggest he would. United are keen to replace the 24-year-old at some stage in the near future, as well as signing another midfielder.

Barcelona midfielder Frenkie de Jong was heavily linked with a move to the Theatre of Dreams over the summer but dug his heels in at Barcelona and was not willing to leave the La Liga outfit. Another forward could become a priority for Ten Hag too, especially if he is unable to keep Cristiano Ronaldo happy at United.

The Portuguese international was keen to leave the club after an underwhelming homecoming, desperate to join a side competing in the Champions League.