Manchester United transfer target Erling Braut Haaland will become one of the best players in the world, and is set apart from other players because of his mentality, which is what makes him special. That’s the opinion of his former manager at RB Salzburg, Jesse Marsch.

He made a name for himself at the Austrian side after a blistering start to the season, as he bagged 16 goals in 14 league games, as well as ten in eight in the Champions League.

The 19-year-old carried on his impressive goalscoring feat at Dortmund as well, firing in nine in eight games.

He has already been linked with a move away from Germany, with Real Madrid and Real Madrid said to be interested. 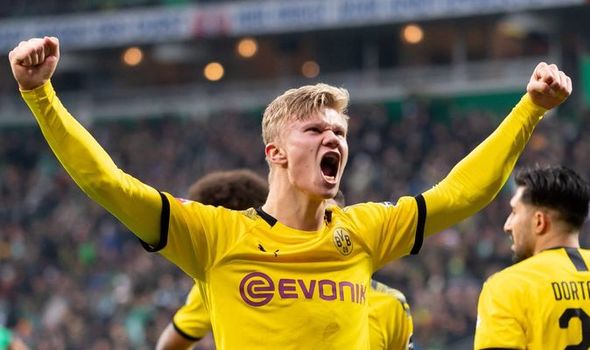 And his former manager has told both clubs what they’ll be getting if they stump up the rumoured £68m it would take to trigger his release clause.

The American sang the praises of the teenager, and explained on ESPN FC that he believes the Norwegian will soon become one of the best players in the world.

Marsch recalled a period after the Under 20 World Cup last year when Haaland scored nine goals in one game, only to cut short his recovery time by a fortnight in order to get back to work.

Haaland apparently came back to training after just six days in order to meet up with the Salzburg squad for pre-season.

“First, his physical qualities, his speed, his power, he can get to top speed from like one step, his size, all of these things for me put him right away in the upper echelon of players. He’s got the potential to be one of the best players in the world,” Marsch said.

“What makes Erling so special is his mentality.

“To start with, he was in the youth World Cup, he scored 9 goals in one game. We gave every one of our players who had international obligations three weeks off before they were supposed to come with us. Erling had six days off and then said ‘no, I want to come to camp’.

“Erling came to Salzburg last winter, he played one game in spring, so he had a lot of sitting on the bench. He was so keen to start proving himself, right away I knew this kid had ambition and grind. 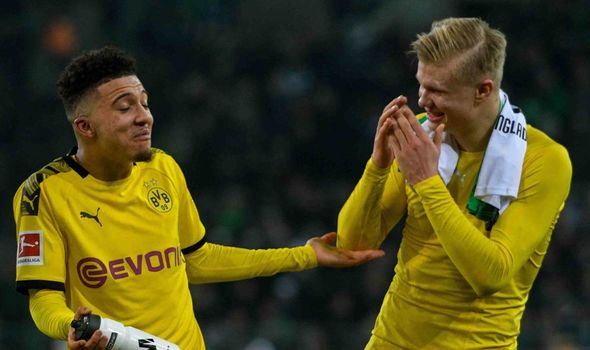 “In the first training sessions you could see his competitiveness. He was often the first guy at training and the last one to leave.

“There were days when I had to tell him to go home and rest.

“He’s fearless, he’s competitive, he’s got a drive to get better, he’s equiped with so many qualities that make him very different and special, along with the ability and pure talent, he’ll be fun to watch in the coming years, that’s for sure.”