Manchester United are determined to make more signings this transfer window, despite already landing Donny van de Beek. Jadon Sancho and Dayot Upamecano are two players who have been heavily linked with a move to Old Trafford. So Express Sport will bring you all the latest news and gossip from the club.

Manchester United have reportedly left the No 7 shirt vacant in the hope it will be filled by Jadon Sancho.

ESPN say the Red Devils remain keen on signing the Borussia Dortmund star, though alternatives have been linked as well.

Douglas Costa, Kingsley Coman and Ousmane Dembele have all emerged as targets as the club continue to haggle over Sancho.

But they’re still hopeful the Borussia Dortmund star will make the move to Old Trafford before the transfer window shuts on October 5. 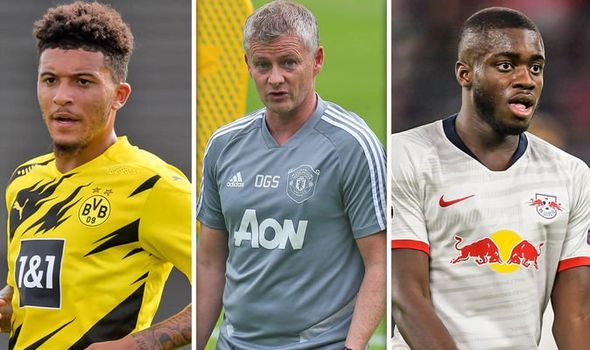 United are prepared to wait a whole year before bringing Upamecano to Old Trafford.

The Red Devils had been eyeing Napoli’s Kalidou Koulibaly but, in recent weeks, have switched focus to the RB Leipzig star.

And the Daily Mail say they see him as a signing for a year’s time, rather than now.

United will be able to sign Upamecano for £38m next summer due to a clause in the player’s contract, which he only recently signed.

But, in waiting, they run the risk of Europe’s elite joining the race for the 21-year-old’s signature. 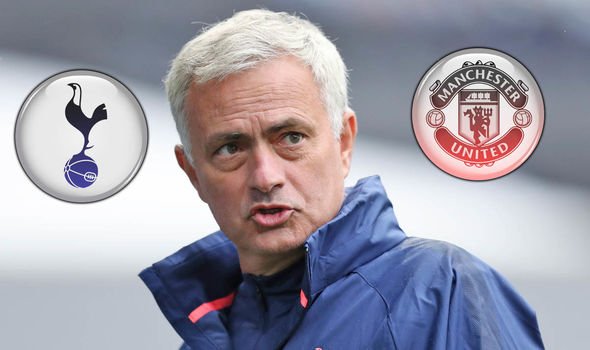 That’s according to OkDiario, who say the Tottenham boss has personally called the left-back in order to convince him to move to the capital.

United have been eyeing Reguilon, despite having Brandon Williams, Luke Shaw, Diogo Dalot and Timothy Fosu-Mensah capable of playing in his position.

But Tottenham could end up winning the race for the Real Madrid star.

Los Blancos are still unsure what to do with the youngster, who impressed for Sevilla as they won the Europa League title last term.

Solskjaer “expressed his frustration” to club chiefs at the lack of transfer business so far this summer at a meeting earlier this week, according to transfer expert Ian McGarry.

“Across the city to Manchester United, where money is definitely available and we have seen that with the signing of Donny van de Beek from Ajax for around £40m earlier this week,” McGarry said on the Transfer Window podcast.

“I’m told that there was a meeting at Carrington training ground earlier this week in which Ole Gunnar Solskjaer met with some of the recruitment staff, including Matt Judge who’s the guy who basically recommends and makes decisions on players before it goes upstairs to Ed Woodward.

“[Solskjaer] expressed his frustration and, unsurprisingly, with Manchester City already ahead in the window with the signings of Nathan Ake and Ferran Torres, Chelsea spending like drunken yuppies it seems on all parts of the team, Solskjaer is concerned that despite the fact he has been flagging up for weeks and months now where he sees the team needs to be strengthened, they are lagging behind their rivals.”