Manchester United have been urged to make a sensational approach for Lionel Messi this week after Barcelona crashed out of the Champions League. Barcelona suffered one of their worst defeats in Champions League history on Friday night as Bayern Munich recorded a famous 8-2 win to progress to the semi-finals.

Messi was pictured at full time looking dejected with reports circling around his future at the club.

The 33-year-old has just one year left on his current contract.

There had been speculation he would be reconsidering his future at Barcelona following the disappointing domestic campaign.

But the manner of the defeat against Bayern has reportedly pushed Messi into wanting to find a new club this summer.

JUST IN: Man Utd boss Solskjaer speaks out on Fernandes and Lindelof row 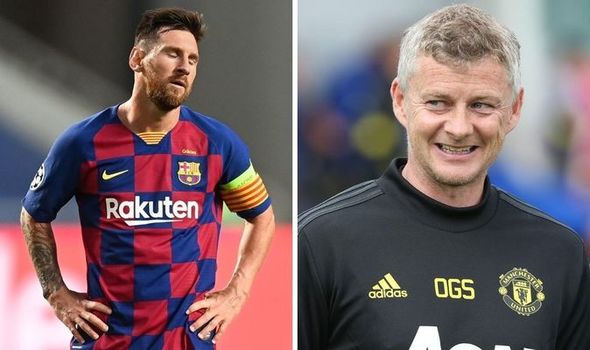 Esporte Interativo have reported that Messi has indicated he wants to leave.

Barcelona will likely do everything in their power to keep Messi at the Nou Camp and get him tied down to a long-term contract.

But Graeme Souness believes the Argentina international has already mentally checked out.

And the Liverpool icon believes United should try and rival Manchester City with an approach this week.

“Lionel Messi looked like a man who has had enough of carrying that team,” Souness told The Times.

“Without him they wouldn’t even be good enough to qualify for the Champions League.

“This would be the perfect week to put a bid in for the 33-year-old Argentinian and I could easily see him playing in Manchester — at either United or City. 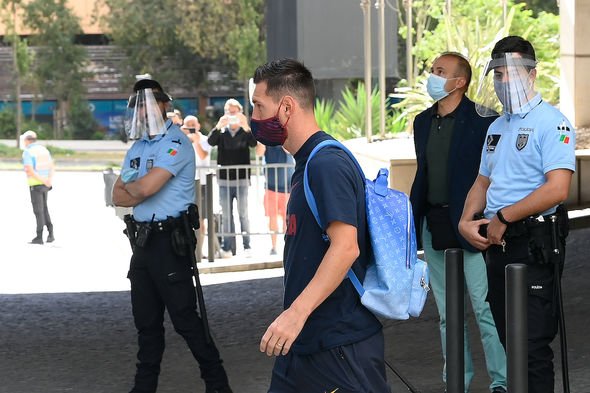 “For now, however, he has left the stage to others, as have City.”

United’s priority this summer has been trying to strike a deal to sign Jadon Sancho from Borussia Dortmund.

But the Red Devils have so far been frustrated in negotiations with the Bundesliga outfit.