There will be even more Premier League postponements this weekend with Manchester United’s game at home to Leeds as well as the crunch clash between Chelsea and Liverpool – both scheduled for Sunday – being postponed. Following Queen Elizabeth II’s death last week, all football in England was postponed for the weekend.

Other sports such as rugby, golf and tennis went ahead as planned with moving tributes to Her Majesty at the events and matches. The Premier League also confirmed that further updates regarding fixtures during the ‘period of mourning will be provided in due course’.

It was confirmed over the weekend that the funeral for Queen Elizabeth II will be held on Monday, September 19 at Westminster Abbey at 11am. There were reported fears that police resources would be stretched ahead of The Queen’s funeral, sparking doubt on whether this weekend’s Premier League fixtures would go ahead.

Arsenal have already had their Europa League tie against PSV – scheduled for Thursday – postponed due to ‘severe limitations on police resources and organisational issues’. The Premier League have now confirmed that the only games being postponed this weekend will be United’s clash with Leeds along with the crunch match between Chelsea and Liverpool. 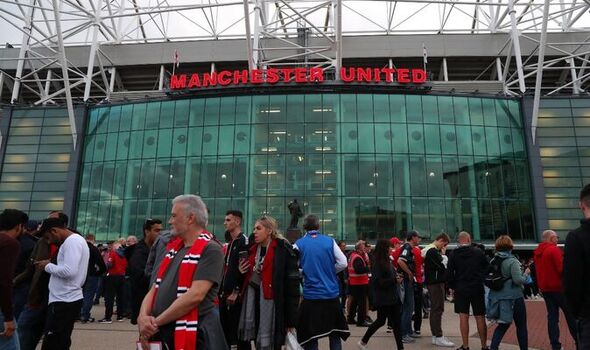 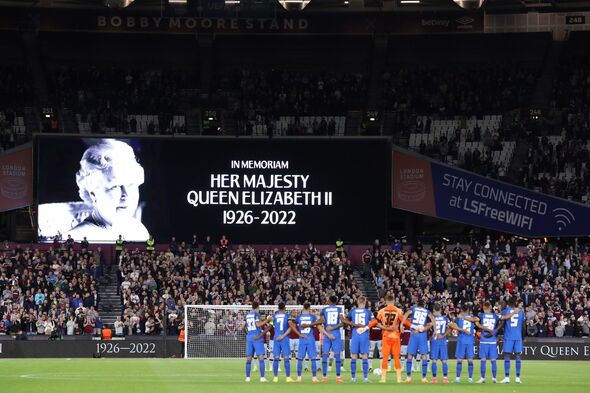 Both matches were scheduled to be played on Sunday. Brighton and Crystal Palace’s match had already been confirmed as a postponement. Arsenal’s trip to Brentford was thought to also be under threat of being postponed, but instead the kick-off time has been moved to 12pm from 2pm.

Everton’s home game against West Ham will also go ahead as planned on Sunday, but will start 15 minutes later at 2.15pm. The Premier League statement read: “Premier League fixtures will resume this weekend after a pause to the season as a mark of respect following the passing of Her Majesty Queen Elizabeth II.

“Seven of the 10 Premier League fixtures this weekend will be played, with three matches postponed due to events surrounding The Queen’s funeral. In addition, kick-off times will change for two Premier League matches.

“Matches postponed on Sunday 18 September are Chelsea’s matches against Liverpool at Stamford Bridge, and Manchester United’s home match v Leeds United. Brighton & Hove Albion’s fixture against Crystal Palace, that was due to be played at 15:00 BST on Saturday 17 September, will also remain postponed.

“Following extensive consultation with clubs, police, local Safety Advisory Groups and other relevant authorities, there was no other option but to postpone the three fixtures.”