Manchester United take on Villarreal in the UEFA Europa League final tonight in Gdansk, Poland. It’s the biggest match of the season for Ole Gunnar Solskjaer’s men as the Norwegian boss looks to secure his first trophy as United manager.

Here’s how you can watch the action live online, for free – even if it goes all the way to penalties.

The Europa League, the modern-day incarnation of the UEFA Cup, will be up for grabs in Gdansk as United and Villarreal go head to head in the 50th final of the competition, which ranks only behind the UEFA Champions League in European football’s pecking order.

United punched their ticket to tonight’s final after defeating AS Roma 8-5 on aggregate in the semi-finals.

United originally joined the competition after the group phase, after failing to qualify for the knockout stages of the UEFA Champions League.

But they hit their stride in the Europa League, as Solskjaer’s side defeated Real Sociedad, AC Milan and Granada before eliminating Roma in the final four to reach tonight’s showpiece finale. 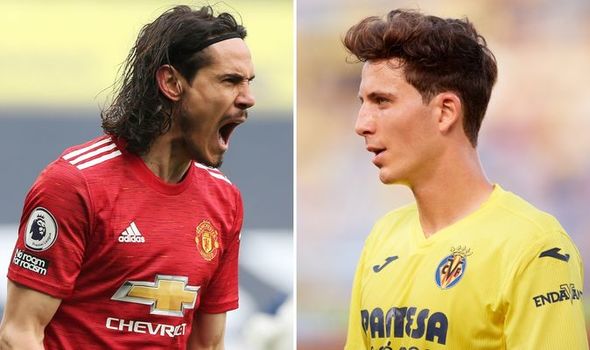 Villarreal, meanwhile, started from the competition’s group stages, and qualified from a group that contained Maccabi Tel Aviv, Qarabag and Sivasspor.

They then progressed through the knockout stages, defeating RB Salzburg, Dynamo Kiev and Dinamo Zagreb to reach the semi-finals.

And they ended hopes of an all-English final as they defeated Arsenal 2-1 to book their place in tonight’s final.

How to live stream the Europa League final

Villarreal vs United is set to kick off at 8pm on Wednesday, March 26.

The match will be exclusively broadcast on UK television by BT Sport 1, and BT Sport 1HD in the UK.

BT Sport subscribers can also live-stream the match by downloading the BT Sport app, or by heading to the BT Sport website.

How to live stream without a BT Sport subscription

As part of the deal struck to secure the broadcast rights to the UEFA Europa League and Champions League finals, BT Sport have an obligation to make the match free to UK viewers.

As such, in addition to their live TV coverage via traditional means, BT Sport’s coverage of tonight’s match will also be live-streamed, for free, via YouTube.

United boss Solskjaer said: “Manchester United has meant a lot to me throughout my life as well. Of course, to be able to lead the team out in a final is going to be a proud moment for me.

“To get to a final is one thing, when you get to a final you need to win it, or you want to win it. You don’t get a prize for attending. We’re all focused and I can’t wait to see the players walk out on that pitch.”

Villarreal boss Emery said: “We deserve to be here. We’re proud and pleased with our UEFA Europa League journey. We’ve been serious and reliable during the whole tournament.

“The competition has rewarded that good work. We were first in the group stage and we have reached the final.”