Ole Gunnar Solskjaer has curated a much improved side from the one he inherited from Jose Mourinho two and a half years ago. No doubt Manchester United will be looking for a serious title run in next season, and they could have the starting XI to give them the best possible chance to challenge.

Manchester United could have a starting XI that would give Manchester City a run for their money in the title race if they land all three of their dream targets this summer.

Ole Gunnar Solskjaer has slowly been building a side that is comfortably in second place in the Premier League, as well as being favourites to win the Europa League.

The Norwegian is expected to have a busy summer though, with the likes of Raphael Varane and Declan Rice linked in what would be some pretty expensive signings.

Moreover, it has been claimed by La Gazzetta dello Sport that Cristiano Ronaldo would be willing to take a pay cut to rejoin the Red Devils, meaning that move is a serious possibility. 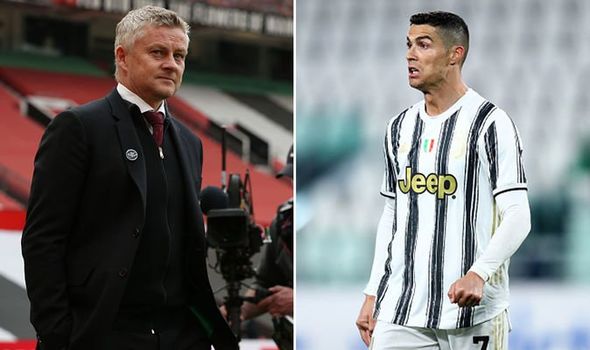 But how would they all line-up? Here is United’s impressive starting XI if they land all three hot shots and play the current 4-2-3-1/4-3-3 system.

In goal, it is looking increasingly likely that Dean Henderson will become the club’s no. 1 goalkeeper.

At right-back, nobody is touching the ever-consistent Aaron Wan-Bissaka, while Luke Shaw is one of the best left-backs in the world right now.

Harry Maguire has been searching for that mobile, athletic partner for some time now, and he would finally have exactly that in Real Madrid and France centre-half Varane. 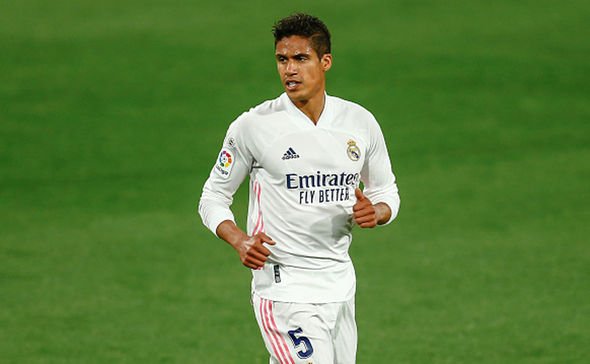 Moving into midfield, Solskjaer would have no choice but to move Paul Pogba back into defensive midfield, where he would line-up alongside West Ham stalwart Rice.

Perhaps the best thing about the front line is that all three of those who would be in line to start can play in any of the available positions.

It is perhaps most likely though that Marcus Rashford would be on the left-wing and Mason Greenwood on the right, as has become custom under Solskjaer.

And that leaves the main man Ronaldo to lead the line on his own in what can only be described as a ‘dream team’.

Former United star Luke Chadwick thinks the club should sign Ronaldo if he’s included as part of a swap deal for Paul Pogba.

“If United had the opportunity to sign Cristiano Ronaldo they’d be foolish to turn it down,” he told Caughtoffside.

“We’ve seen Cavani, who’s slightly younger, the impact he’s had. Ronaldo’s kept himself in great shape over the years, so I’m sure he’d still offer a huge amount.

“What he’s done at the club, he wouldn’t have to win too many fans over. It would be exciting to see him in the Premier League, but it’s probably quite a long shot really.”