Man Utd: What pressure is Solskjaer under?

Manchester United boss Ole Gunnar Solskjaer saw his side reach the quarter-finals of the Europa League after a brilliant win over AC Milan at the San Siro. The Red Devils were buoyed by a superb performance from Paul Pogba, who proved he is the most important player Solskjaer has at his disposal.

Pogba may never completely live up to the lofty expectations placed upon him after he signed.

The Frenchman signed in a then-world record deal in 2016, rejoining the club from Juventus for £89million.

Since then, he’s been somewhat of an enigma. Loved and adored by fans at the same time, his performances on the pitch have quite often been marred by speculation off it.

Links with Real Madrid, coupled with super-agent Mino Raiola’s constant headline-grabbing comments about a potential transfer, have made it almost impossible for him to succeed at Old Trafford. 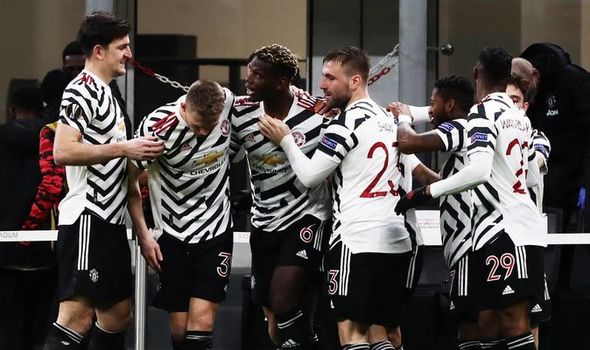 But on Thursday night, he proved once again why he is so vital to United.

The midfielder is still recovering from a hamstring injury, and had missed United’s nine previous games across all competitions.

Pogba travelled to Italy with the side but was understandably left on the bench, with Bruno Fernandes starting in the number ten role flanked by Daniel James and Marcus Rashford.

However, in a must-win game, United were slow out of the blocks to say the least, and failed to offer much going forward at all.

Fikayo Tomori’s world-class tackle to deny James was perhaps the closest United got to the Milan goal in the opening 45.

Fernandes, the usual go-to-man for United when they’ve been on the hunt for goals, had a quiet evening.

Having played virtually every minute of United’s season so far, the Portuguese midfielder would be excused for suffering from fatigue.

During the interval, Solskjaer played his trump card and threw on Pogba in the hopes of finding a breakthrough, replacing Rashford – who looked to be struggling with an injury. 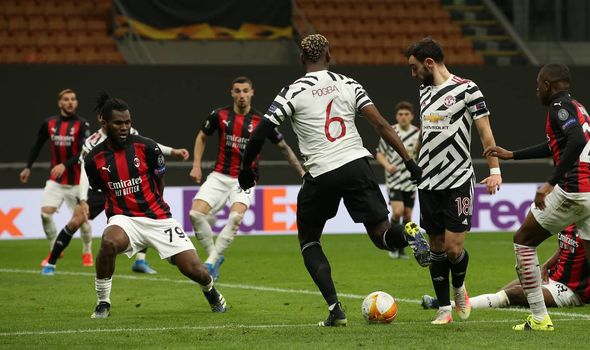 Pogba was employed on the left flank after coming on, a position he usually occupied while at Juve prior to his world-record move.

With United on the attack just after the restart, Pogba drifted towards the back post and met a loose ball after James’ shot was saved by Gianluigi Donnaruma.

After some pinball inside the box, he collected the ball on his right foot before playing a beautiful dummy, forcing Donnaruma to the ground, before drilling the ball high into the goal. 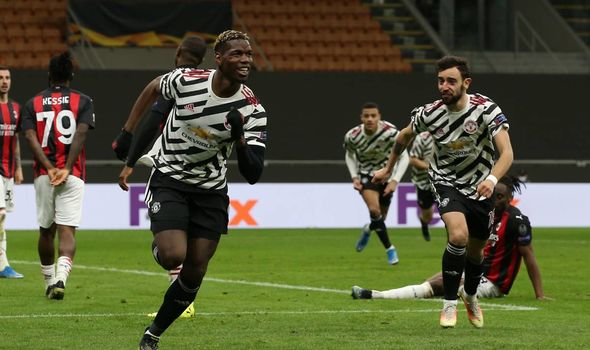 The goal gave United the vital upper hand in the tie, but the Red Devils refused to rest on their lead.

Instead, led by Pogba, United completely changed their approach to the game and kept running at the Milan defence.

Pogba played as a false nine at times during the second half, collecting the ball all over the pitch and holding it upper his team-mates.

Whatever Solskjaer does this summer, keeping Pogba should be considered his absolute top priority.