Real Madrid have already dangled the carrot. It’s reported that they are finally ready to sell Manchester United Raphael Varane, a player that has long eluded Ed Woodward. The Frenchman nearly joined under Sir Alex Ferguson upon his departure from Lens before Zinedine Zidane tied up a deal for Los Blancos in 2013.

Much time has passed since then, enough to win four Champions League titles, one World Cup, three La Ligas and one Copa del Rey to be exact.

Yet while Varane may seem the answer to United’s defensive prayers, his gradual decline since helping Les Blues triumph in Moscow suggests there are better deals to be had.

Take last season’s Champions League second leg with Manchester City for example. He was robbed of the ball for the opener before heading it into the path of Gabriel Jesus for the second.

His powers have waned and although he remains one of the finest centre-backs in world football, he is likely to be dethroned in the next few seasons by a cohort of French talent. 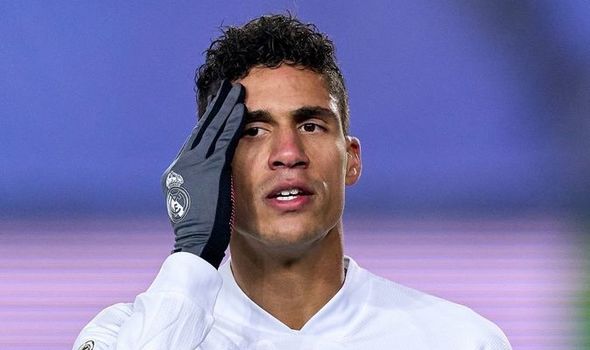 One gem in particular, Jules Kounde, represents the far better deal for United.

The 22-year-old has the speed and positional awareness to compliment Harry Maguire’s lack of pace, whereas Varane is of a similar profile to the world’s most expensive defender.

Undoubtedly, Varane is superior in all departments but if United are to sign another centre-back, he needs to fit the criteria.

Kounde is used to sweeping and bringing the ball out from the back and at his ripe age, he is only going to continue improving and evolving.

Varane turns 28 in April and although he has just 18 months left on his current deal, Real Madrid are expected to demand upwards of £60million.

That’s what it would take to get Kounde and as it stands, he represents the better investment moving forward.

United do not need a leader at the back, they already have that in the form of their captain.

What they need is a player who can defend, organise and bring star quality to fix a leaky backline.

Pep Guardiola was in the market last summer for a centre-back and his top target, even over Ruben Dias, was Kounde.

He even promised the Frenchman regular game time at Manchester City, should he choose to depart Sevilla. 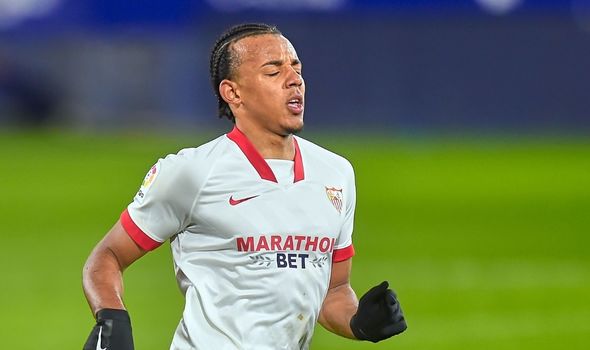 But Monchi blocked the deal and instead City signed Dias, which thankfully hasn’t turned out too badly.

Initially, Dayot Upamecano looked like the perfect fit for United but his flaws were exposed in ruthless fashion by Marcus Rashford and Co in the Champions League.

The RB Leipzig man has since agreed to join Bayern Munich at the end of the season, meaning other alternatives are limited.

Kounde is the pick of the bunch in a matter of years, he will be seen as the heartbeat of the France national team’s defence.

He is worthy of the hype and if United were to land him, he would be the classiest defender on their books since the days of Rio Ferdinand and Nemanja Vidic.