Manchester United need a top-class striker after Sunday’s tactically brave performance at Chelsea was undermined by a lack of quality up front, says Jamie Carragher.

United extended their unbeaten away Premier League run to 20 games with a 0-0 draw at Stamford Bridge, but the stalemate saw Ole Gunnar Solskjaer’s side fail to score against big-six opposition for the sixth consecutive Premier League match.

It means Bruno Fernandes’ penalty in October’s 6-1 defeat to Tottenham is the only goal United have scored against any of their big-six rivals in seven meetings this season, with the draw leaving them 12 points behind Premier League leaders Manchester City.

Carragher believes United need an injection of quality at the level of Spurs striker Harry Kane or Borussia Dortmund frontman Erling Haaland if their title aspirations are to be realised.

“I wouldn’t describe Ole Gunnar Solskjaer as a defensive manager, this is a guy who has played for Manchester United in those attacking teams over the years,” Carragher told Monday Night Football.

“But right now, I think Manchester United have a quality issue. When the ball actually goes up to the front players, is there enough quality there? 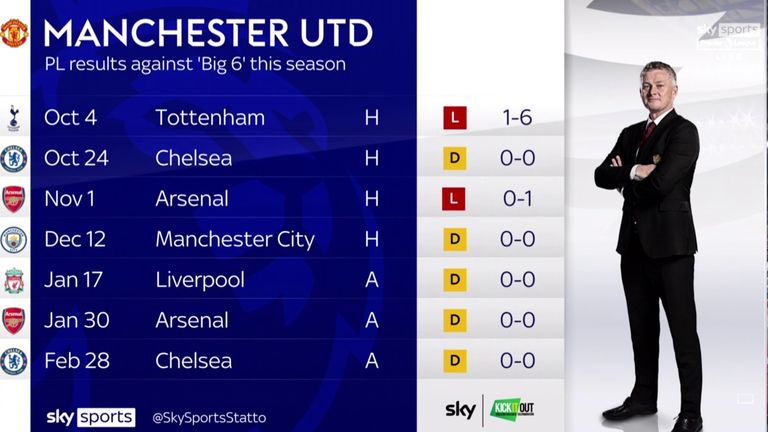 “They are the top scorers in the Premier League, but have they got that player who can score goals in decisive games and take them to the league title?

“People talk about United needing a right winger, and they do, but they need a centre forward more. If United had [Marcus] Rashford on the left, a new centre-forward, and [Mason] Greenwood supplementing a new right winger, that would address the lack of quality.

“You look at the options. In this country it’s Harry Kane, or Erling Haaland who is coming through. You wonder whether they are players Manchester United should be targeting.”

‘Man Utd should be in the market for Kane, Haaland’ 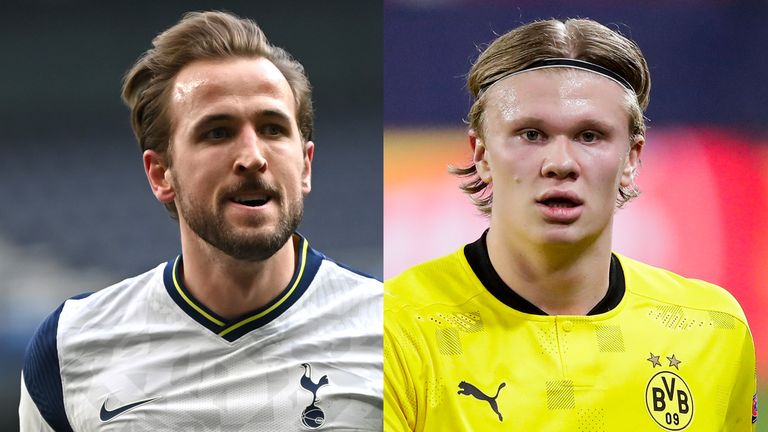 Former Manchester United striker Mark Hughes believes none of the forward players at his former club have shown real desire to make the centre-forward berth their own at Old Trafford, and Kane and Haaland must be players on their radar.

“United have got good quality at the top end of the pitch but they need someone in like Edinson Cavani five years ago, when he was in his pomp,” Hughes said.

“United probably got Cavani at the wrong time but he’s still an outstanding centre-forward; when he plays in this team, he gives them more focus, more confidence going into his feet, and things happen around him.

“With Martial, Rashford and Greenwood, they all want to play in any position other than through the middle. They’ve all been tried down the middle, but you sense none of them really want to be there.

“United need someone with that quality down the middle and Harry Kane and Erling Haaland are certainly the type of player they need to be in the market for.

“Whether those players are accessible, and whether United have the ability to attract those players remains to be seen, because a lot of clubs will covet them.”

Manchester United may have extended their big-six fixture goal drought to six games in Sunday’s stalemate at Stamford Bridge but Carragher was impressed with a brave tactical approach which nullified Chelsea and very nearly won them the game.

“When we talk about ‘going for it’, there’s a difference between what you do on the ball and what you off the ball,” Carragher added.

“We were very critical of Jose Mourinho as Manchester United manager in the past because when they didn’t have the ball it was almost like they had a back six, it was really deep.

“I thought Sunday’s performance at Chelsea was one of the bravest I’ve seen Manchester United without the ball.

“Tactically, the two wide players – Daniel James and Marcus Rashford – had a job to do. The front three pressed Chelsea’s back three almost man for man, and when the ball was on one side, the player on the far side came into midfield and nullified Chelsea’s box midfield. Along with Fred, Scott McTominay and Bruno Fernandes, the addition of the wide player meant they always had four players in midfield.

“United were very brave on the press, both Aaron Wan-Bissaka and Luke Shaw were tight to Chelsea’s wing-backs, and the two centre-backs, who we have criticised for not being high enough or pressing high enough, were on the front foot the most I’ve seen.

“It almost cost them the game, and almost won them the game. They were very brave, pressing man to man all over the pitch, but in that final third they just didn’t have that quality.”