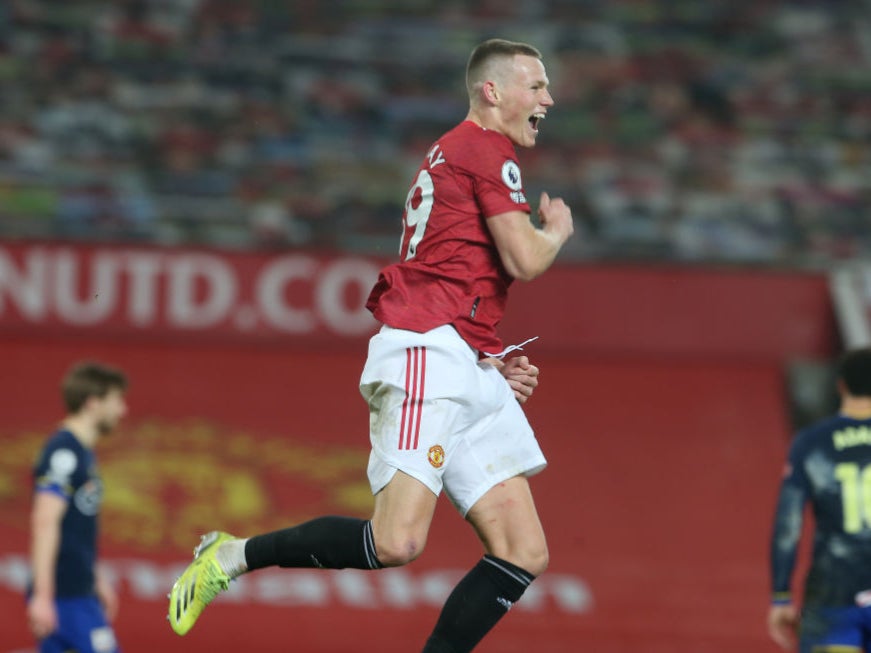 Alex McCarthy – 4: A torrid night for the goalkeeper, who was helpless really to the onslaught.

Kane Ramsey – 4: A tricky game for the youngster, who was afforded few graces by Rashford and should perhaps have benefitted from more defensive cover from Djenepo.

Jan Bednarek – 3: Inadvertently bundled Rashford’s cross into his own net for United’s third. Was sent off in the second half after denying Martial a goalscoring opportunity.

Jack Stephens – 4: Struggled to deal with Cavani in the first half and couldn’t stifle the second half wave of attacks either.

Ryan Bertrand – 5: Did a slightly better job of handling Greenwood, with most of United’s early success coming through Shaw and Rashford on the opposite flank.

Stuart Armstrong – 5: Was overrun by United but did at least show flashes of why he has been such a standout performer for the Saints recently.

Alex Jankewitz – 3: A horror show for the young debutant, who was sent off for a wild lunge after just 79 seconds.

James Ward-Prowse – 5: Battled relentlessly as Southampton attempted to stem the tide but to no avail.

Danny Ings – 6: Moved out wide after the red card and, while he showed brief moments of danger with his pace, the talisman could do little to save his side’s blushes.

Che Adams – 6: Was very unlucky to see his goal ruled out by the most fractional of offsides in the second half and continued to work hard despite the inevitable result.