Sadio Mane has spoken out for the first time since it was confirmed that he would be missing the World Cup due to injury.

Mane has been ruled out of the tournament after being unable to recover from injury in time – in a cruel blow to Senegal.

He suffered a knee injury in Bayern Munich’s 6-1 win over Werder Bremen earlier this month.

Taking to Instagram, Mane wrote: ‘Many of you sent me messages of support following my injury. Thank God the midweek operation went well. I want to take this opportunity to thank you all and show my appreciation.

‘This Monday, our dear country will compete in the World Cup, Qatar 2022. I am sure that the Lions will transcend themselves and will approach all matches as a real final.

‘I am also convinced that all Senegalese will be in front of the small screen to support and encourage our valiant national team.

‘Like all fans of the Lair, I am convinced that my teammates will fight as one man and as they usually do in order to honor our dear. Long live Senegal, Come on.’

He was included in Senegal’s squad for the tournament in Qatar despite his tournament participation being put in doubt. 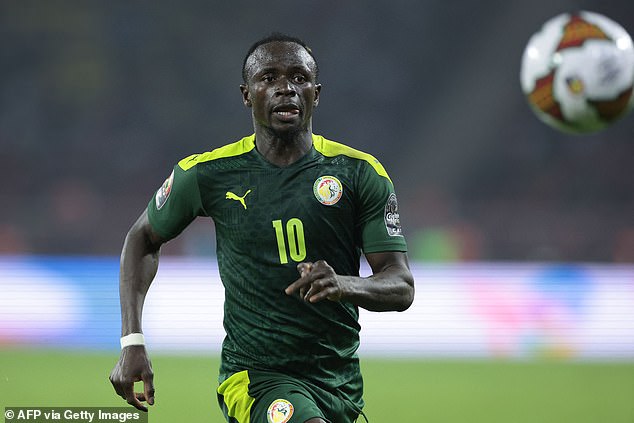 Senegal coach Aliou Cisse had been optimistic when discussing Mane’s injury earlier this month, but the Bayern forward has now been ruled out of the showpiece event, after the news was confirmed by the Senegalese Football Federation.

Fatma Samoura, the Secretary General of FIFA and a former Senegalese diplomat and senior executive, had said the country would go to extreme methods to ensure Mane was present in Qatar, admitting they are not even sure if the unorthodox technique will work but that they are hoping for ‘miracles’.

‘We are going to use witch doctors,’ she told Europe 1. ‘I don’t know (if they’re effective) but in this instance, we’re going to use them anyway. We are hoping for miracles. He has to be there!’.

Mane, who has 34 goals in 93 caps for his country and is a the two-time African player of the year, was pivotal to the African champions’ hopes of progressing to the knockout stages and his injury is a heartbreaking blow to himself and his nation.

The former Liverpool star was instrumental for the team on their way to winning this year’s Africa Cup of Nations as they beat Egypt on penalties in the final, having scored four goals during the tournament.