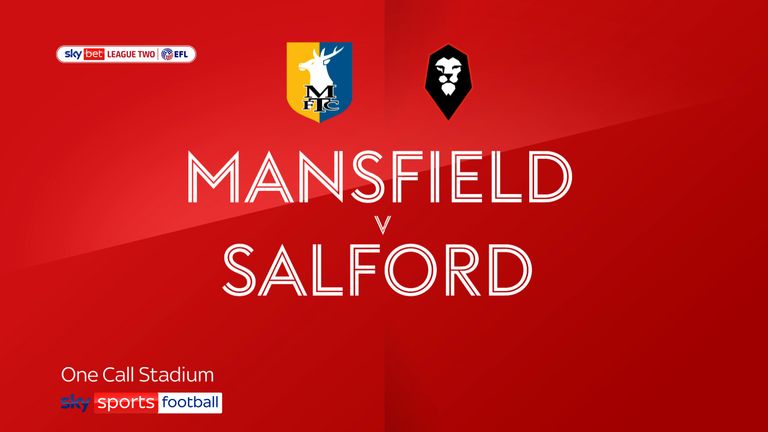 Mansfield held off a late Salford fightback to clinch a 2-1 victory and rack up three straight League Two wins for the first time in two years.

First-half goals from George Lapslie and Jordan Bowery put the hosts in control and it was not until the final minutes that Salford sparked into life, D’Shon Bernard pulling one back to set up a tense finish.

Mansfield went in after 15 minutes as a Salford clearance fell to Lapslie, who drilled a low, skidding shot just inside the left post from 25 yards.

James Perch then put Harry Charsley in on goal, but goalkeeper Vaclav Hladky blocked his effort with his chest.

Town deservedly made it 2-0 on the half-hour mark as Perch crossed from the right and, when Jamie Reid was unable to get a shot away, the ball fell for Bowery to scramble home from six yards.

Salford’s best chance came after 32 minutes when James Wilson raced into the box only to see Marek Stech comfortably save.

In the second half Hladky superbly tipped a Farrend Rawson header over from a corner, while at the other end Stech dived to grab a 35-yard free-kick from Ashley Hunter.

Salford kept battling and pulled one back two minutes into added time as Bernard poked home from close range following a scramble at a corner.

And there was still time for Hunter to cross for Ibou Touray, but he lifted his finish over the bar at the far post as Mansfield survived.