Marcus Rashford and Jadon Sancho must shine under Erik ten Hag or miss out on the World Cup, warns Gareth Southgate… as the England boss calls Harry Maguire the best centre-back at Manchester United and tells Tammy Abraham to challenge Harry Kane

Gareth Southgate has warned Marcus Rashford and Jadon Sancho that they will miss out on the World Cup finals in Qatar if they don’t perform for new Manchester United manager Erik ten Hag.

The United players, both of whom missed penalties in the Euro 2020 final shootout, are firmly out of the England reckoning, with Sancho last having been picked for the squad in October 2021, whereas Rashford last made it in November last year.

Both were seen as the future of England in their teens but now Sancho, 22, and Rashford, 24, are on the periphery and look set to miss out in Qatar this autumn. 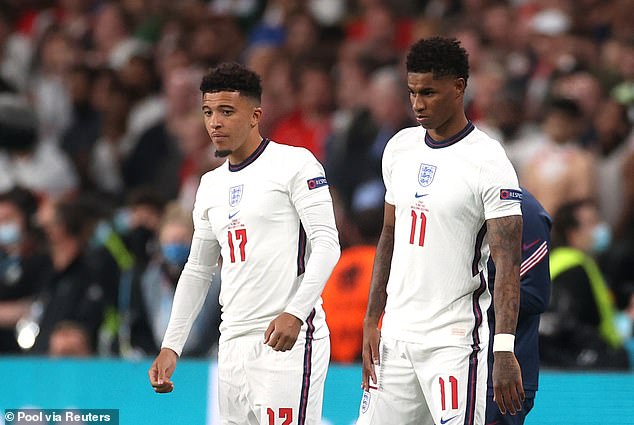 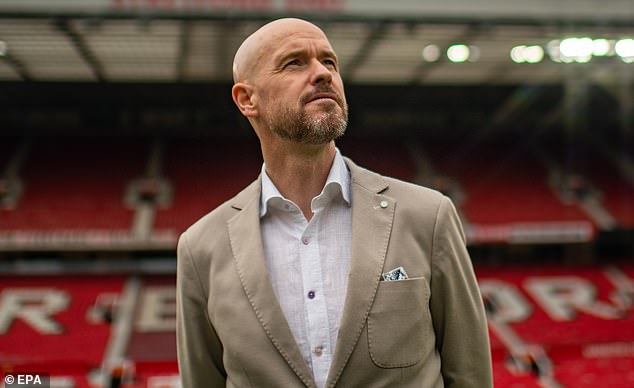 Sancho has had a mixed season amid the Manchester United debacle after his £73m move was overshadowed by the arrival of Cristiano Ronaldo, while Rashford has scored four goals and created two assists this season.

Southgate said: ‘There’s enough of a block of games at the beginning of next season that people can still play their way in [to the World Cup squad]. Of course, the closer we get, the more difficult it is.

‘But they’ve got to start playing well with their club. Neither of them have really played at the end of the season. England is a consequence of what you’re doing at your club and you’ve got to get your club bit right. 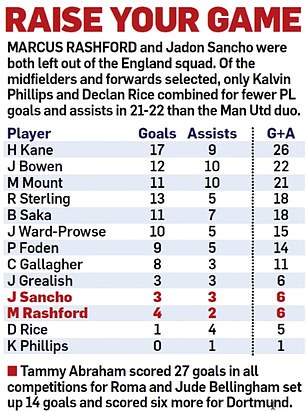 ‘At the moment there’s obviously room for those two, compared to others in those positions that we’ve picked, since their level hasn’t been at the level of the others.

‘It depends on getting in the team and impressing the manager there and starting the season well.’

It means Sancho and Rashford will have to hit the ground running under new manager Ten Hag, with the World Cup being played in November.

They will need to make an impact early in the season even to be in the reckoning, such is the strength of England’s squad in the forward positions.

West Ham’s Jarrod Bowen is now above them in the pecking order, with Mason Mount, Phil Foden, Bukayo Saka, Raheem Sterling and Jack Grealish all able to fill the wide roles they would be expected to occupy.

Luke Shaw is also out but largely because he had an operation in April to remove metal screws in his leg after they started to discomfort him but Harry Maguire, despite a wretched season, has survived the cull. 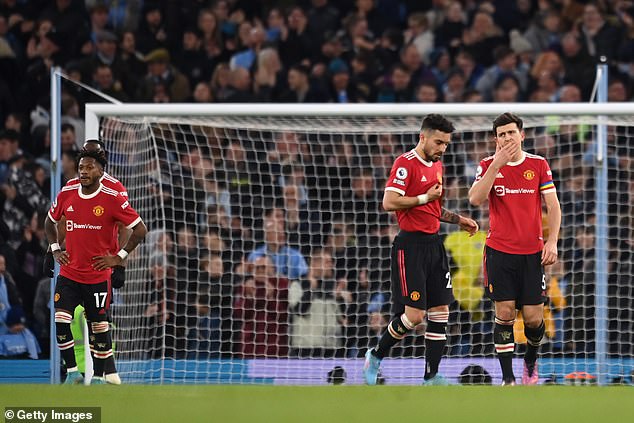 ‘At the moment, unfortunately, Luke has not been able to get any football,’ said Southgate.

‘He had the operation and we couldn’t pick him with the level he is at. It’s slightly different for the other two boys. It depends on getting in the team and impressing the manager there and starting the season well.

‘There’s obviously a big change at the club and that is going to affect everything. For me, Harry Maguire is still their best centre-back — I am sure the manager will have his own view of that. 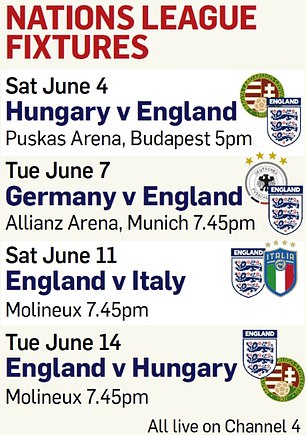 ‘For us he has been consistently, with all our data across the season, at a certain level where he would still be among our top two or three.’

Southgate has also told Tammy Abraham that now is the time to step up and challenge Harry Kane after his successful season with Roma in Serie A, where he scored 17 goals, equalling Kane’s tally with Spurs.

Abraham is ahead of Ollie Watkins, dropped for this squad, and Dominic Calvert-Lewin and Patrick Bamford, both of whom have endured injury-ravaged seasons, as most likely to fill Kane’s boots.

Southgate said: ‘That’s the challenge for those players now. At various moments we thought people might fulfil that. When talking to those players in those positions, that’s what I’m saying to them.

‘We think Tammy’s goalscoring attributes probably set him apart — at the moment — from the rest. But there is an opportunity and this is his chance to grab it. No-one at the moment is really challenging Harry or nailing down the spot if Harry’s out.

‘What we want is someone really pushing Harry. We don’t just want a No 2. We want the No 1 being pushed. There’s an option for us where we could play with Phil Foden or Raheem Sterling there.’