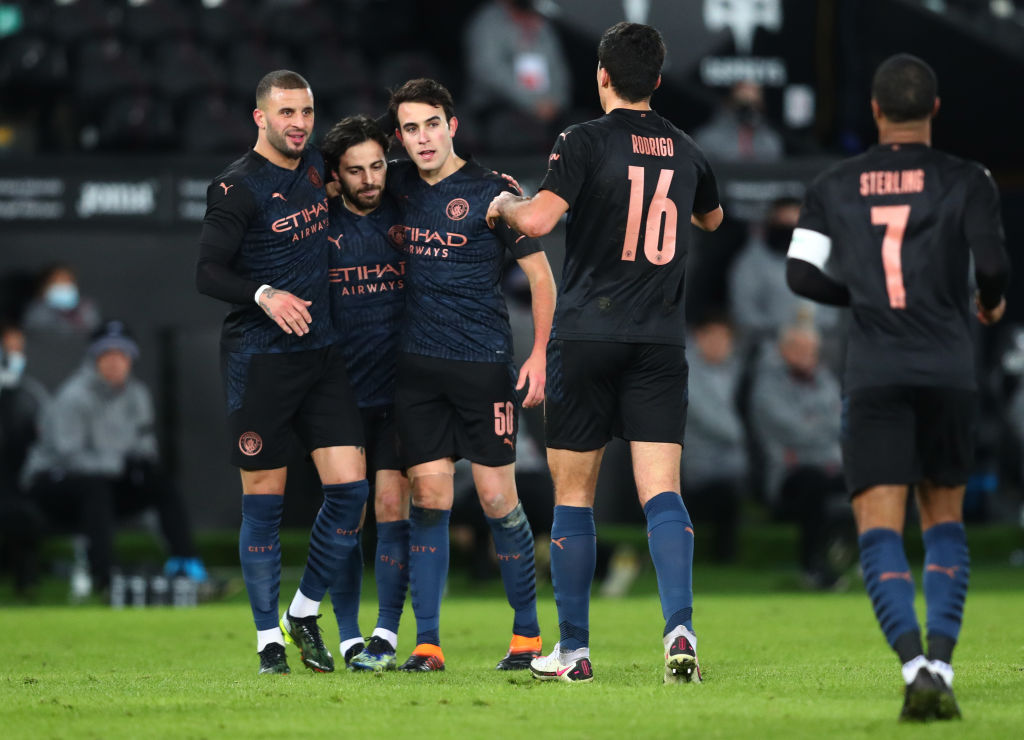 The right-back put Pep Guardiola’s side ahead in their FA Cup fifth round clash against Swansea when Ferran Torres failed to get a touch on a tantalising cross that ended up in the back of the net.

Walker has lost his place as City’s first choice right-back this term and Keane described the England international as an ‘idiot’ after City’s draw with Liverpool in November, when he gave a penalty away for a foul on Sadio Mane.

‘Because he’s up against an idiot. Kyle Walker… people tell me he’s playing well. I don’t think so,’ Keane told SkySports.

‘This guy is 30 years of age, he’s an international… he’s a car crash.

‘He keeps making these types of mistakes – and he’s been rightly punished for it.’

City lodged a complaint to SkySports after Keane’s comments, claiming it was a ‘personal attack’ on the defender.

And Keown took the opportunity to hit back at Keane during his co-commentary of the match for BT Sport.

‘You know people say….I think it was Roy Keane that said he’s having a shocking season. I think he’s an outstanding player.

‘Cancelo’s not bad either. The competition for places is what you need.’

Raheem Sterling and Gabriel Jesus added to City’s lead after the interval and the game was as good as finished just ten minutes into the second half.

City last won the competition in 2019, when they smashed Watford 6-0 in the final at Wembley.

Guardiola’s side are top of the Premier League, through to the final of the Carabao Cup and face Borussia Monchengladbach in the last-16 of the Champions League.