MARTIN SAMUEL: England’s players are EXHAUSTED so let’s give the Nations League a rest… we cannot boast proudly of the Premier League and not expect it to come at a price (but the 2022 World Cup might come at a perfect time)

In any other World Cup year, England would be in tournament mode by now. Limping, as usual, towards that finishing line.

Making do without key individuals, deciding on the odd battlefield promotion, mixing and matching, juggling and patching.

It is only now, with a bit of distance between the end of the season, and the competition proper that we can see how ruinous this schedule is for English chances. 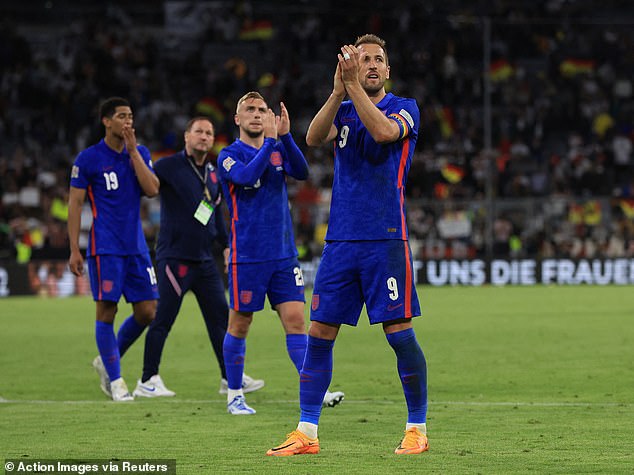 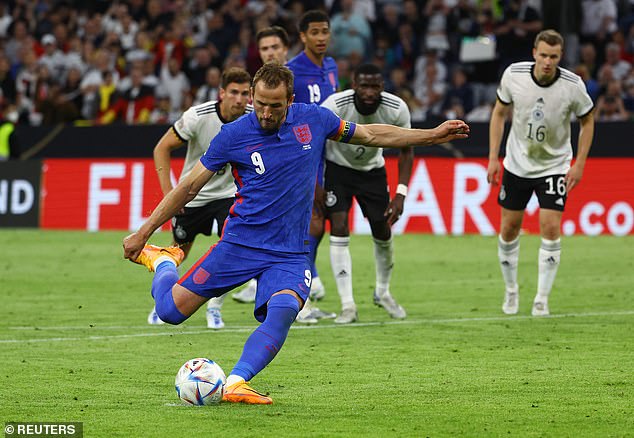 Harry Kane earned a draw from the penalty spot late in the game, but these matches are too far

And yet on we plough. Harry Kane earned a draw from the penalty spot late in the game, so all’s well but end’s well. But these are matches too far.

The Nations League, a mini summer tournament, at the end of a season that everyone agrees has taken a greater toll than almost any other. The compression of games as a result of covid, the intensity of the fixture list. England are staggering to a holiday destination somewhere, but not yet: two further games remain.

Fans hate excuses like this, but it’s the truth. There was barely a player in England’s starting line-up who was not engaged deep into the season: in title battles, in European campaigns, in fights against relegation or for four qualification. And then we wonder why it takes a toll.

Kalvin Phillips did not make it through the opening 15 minutes. Raheem Sterling and Kieran Tripper fought a constant battle to stay on the pitch. It is hardly a surprise that Jack Grealish, underused by Manchester City, impressed as a late substitute. 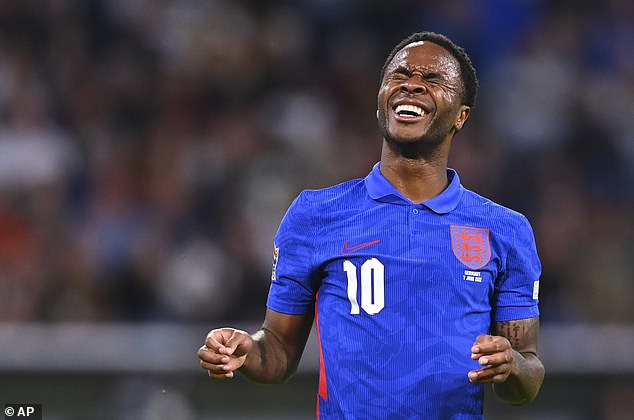 Other domestic competitions in Europe are easier than the Premier League. The Bundesliga, La Liga were won at a canter. We cannot boast proudly of the fierce competition at home, and not expect it to come at a price on nights like this.

There is always a price, invariably paid in June. In lieu of a tournament, four unnecessary Nations League games invade what should be a time for rest and recuperation. Here we are. Sluggish and mediocre against Hungary, England were second best in Munich, despite a creditable draw.

Germany were smarter in midfield, their press put pressure on England and left them uncomfortable with several near misses preceding the inevitable second-half lead through Jonas Hoffman. It just looks too much.

If the World Cup was about to start now, only silly money would go on England. It was Michel Platini who characterised English players as lions in winter, lambs in the summer. Precious little has changed, despite greater impact in their last two tournaments. 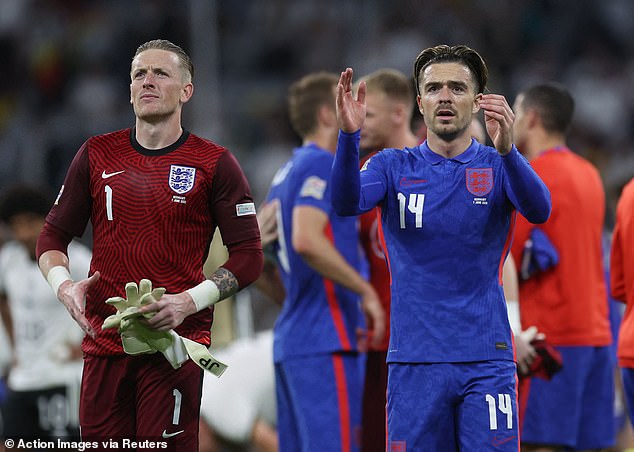 It is hardly a surprise Jack Grealish (R), underused by Man City, impressed as a late substitute

The most insightful commentary on the state of the England team right now, was made by a man who has had nothing to do with the team for more than a decade. Fabio Capello said the 2022 World Cup was perfect for England, coming at a time of the year when English players were at their best.

It’s a fair observation. Capello’s biggest mistake as England manager was thinking he needed to prepare for the 2010 World Cup as a club manager would for a new season. A novice in international management at the time, he did not factor in that his players would be tired and needed rest. He ran them as they ran pre-season. England stunk out that competition.

Capello is wiser now and Southgate was from the start. Yet UEFA do not make it easy. The Nations League is an international competition that boasts the humiliation of relegation which is what could still befall England unless results improve.

The defeat in Budapest was a blow, and England have a single point with Italy up next. Being in the elite band affords big games, big opponents, big crowds – when everyone isn’t banned – and a tilt at glory. 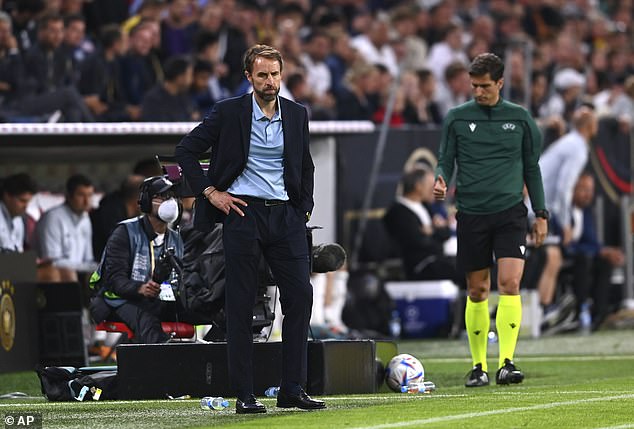 Yet, while international managers always welcome games and the competitive edge is an upgrade on pedestrian friendlies, in reality England could do without this. Southgate admitted that the three at the back against Hungary on Saturday, was part of an attempt to keep players fresh through this run of games.

He shouldn’t be juggling personnel for fear of burn out. Not in June. Not when the first game of the season is taking place in July.

And yes, Germany had players who were part of the English season, too. Antonio Rudiger, Ilkay Gundogan, Kai Havertz. Yet the demands on each individual are different. Gundogan is not a regular for Manchester City, Chelsea were relatively lightly raced compared to some of their Premier League rivals, come the season’s end.

There is a collective drain on English players, and everyone acknowledges that. England’s form drops off month by month the deeper it goes into the season. It showed on Tuesday night. England had their chances – Harry Kane missed an outstanding one in the second-half – and this was a brighter display than four days ago. Yet Germany were better for most of it. 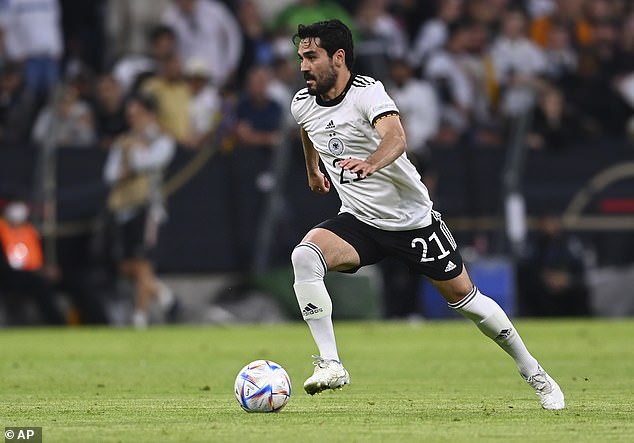 Jamal Musiala outshone England’s young players, Harry Maguire at the heart of England’s defence looked as vulnerable as he has appeared for Manchester United throughout this season.

Still, he plays on. No time to clear his mind, yet. No time to repair aching muscles. Jordan Pickford should have done better for Hoffman’s goal. After the season he has had with Everton, though, who could blame him for being mentally exhausted?

Excuses, excuses. Heard it all before. Yes, but that doesn’t mean it isn’t right, though, doesn’t mean it can’t be a factor. Do we really need a Nations League? Not this year. Not at this stage of this campaign. We need to give it a rest. 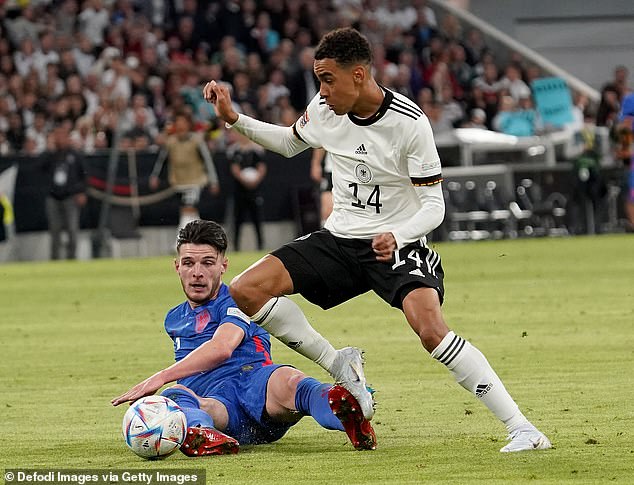