‘I gave him a good beating. I love Mario but he really deserved it that day’: Marco Materazzi recalls how he punished team-mate Balotelli after teenage striker hurled Inter Milan shirt to the floor in fit of petulance after Champions League semi-final

Mario Balotelli received a ‘good beating’ from his team-mate Marco Materazzi after petulantly throwing his Inter Milan shirt on the floor during a Champions League semi-final.

Jose Mourinho’s all-conquering side had just beaten Barcelona 3-1 to put one foot in the final but the night at the San Siro was soured by Balotelli, who was then 19.

Not only did he fail to make an impression after being brought off the bench, but he insulted Inter fans by hurling their famous black and blue colours to the turf as he walked off at the end. 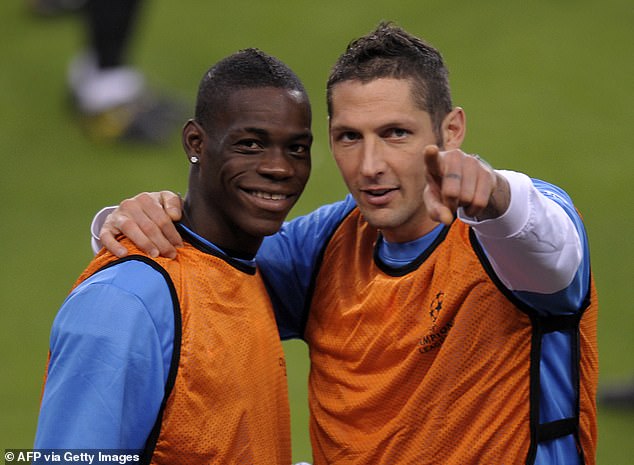 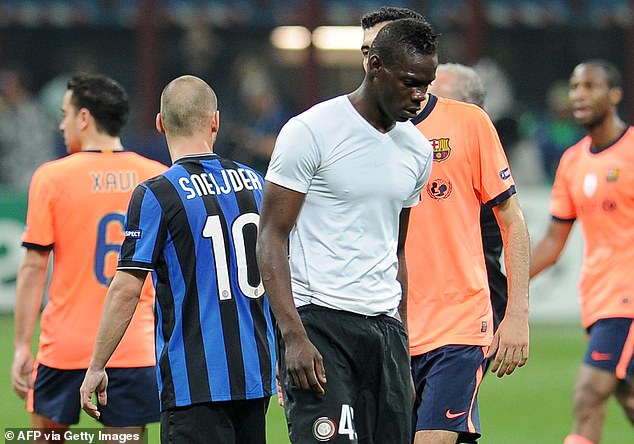 The striker, then 19, wasn’t happy with his performance off the bench in Inter’s 3-1 win over Barcelona in the first leg of the Champions League semi-final

It provoked uproar and his no-nonsense colleague Materazzi ensured the youngster learned his lesson.

He said on Instagram live: ‘I gave him a good beating, it’s true. I love Mario, but he really deserved it that day.

‘We’ve become friends again now, practically brothers, but he did something that day that he really should not have done.

‘Throwing his shirt to the ground after the final whistle wasn’t even the worst of it.

‘Before the game, on the team bus, he told us: ‘Today I’m going to play badly,’ so I promised to make him pay if he did. 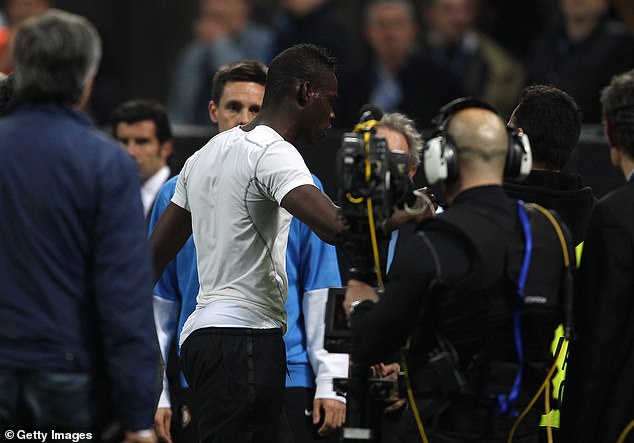 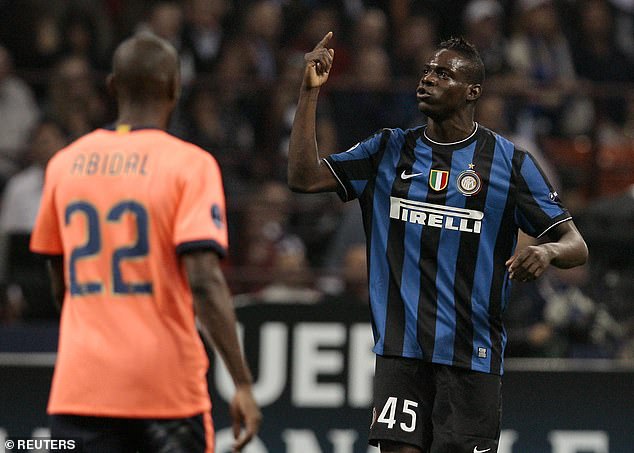 ‘When he came off the bench, he tried a shot from midfield rather than go on the counter. Diego Milito wanted to kill him.

‘We believed in Mario, he scored many goals and contributed to the victory, but a week after that, I asked Mourinho to put me against Balotelli in the training ground games between ranks.

‘After a few seconds, I’d sent him back to the dressing room.’

At the time, Italian defender Materazzi wasn’t the only player to criticise Balotelli.

Midfielder Dejan Stankovic came out and said: ‘He’s like a child. I’m the father of three kids and we can’t take him by the collar, too.’ 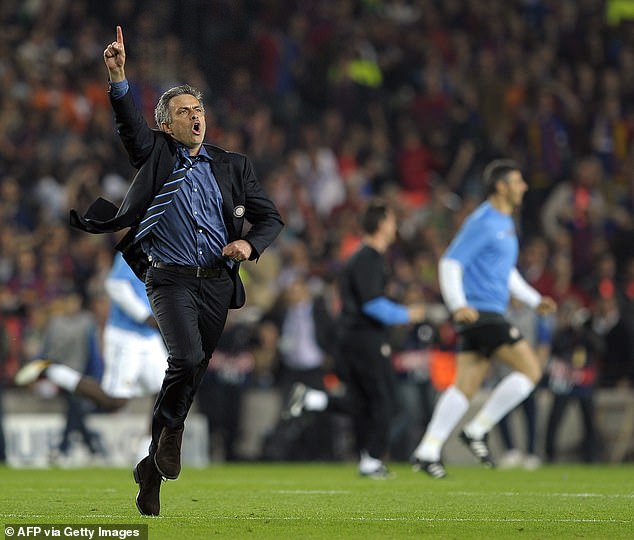 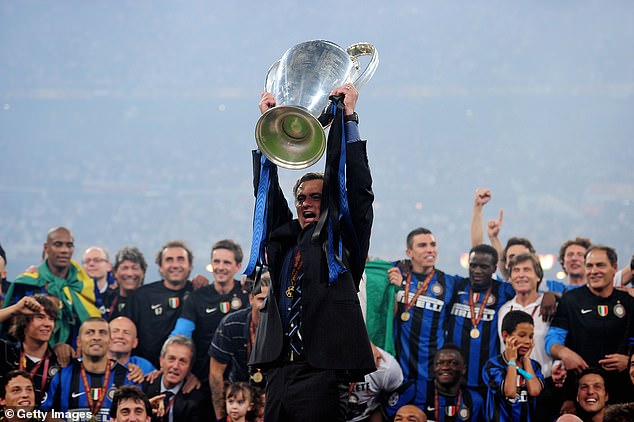 Mourinho and Inter went on to win the Champions League, beating Bayern Munich in the final

And captain Javier Zanetti said: ‘[I am] disappointed that a celebration was ruined with something like this. If the fans whistle at him he’s got to understand that it could depend on a lot of different things. We’ve always stood by him.’

Balotelli had previously wound up the fans by making no secret of the fact he was an AC Milan fan and wearing their shirt on a television show during that season.

Luckily for him, Inter won the tie following a 1-0 defeat in the Nou Camp and went on to win the trophy by defeating Bayern Munich 2-0 in the final.

In the end, the incident didn’t ruin the friendship between Materazzi and Balotelli. The defender reserved special praise for the striker’s father.

He said: ‘I really loved his father, as after a game with Rubin Kazan he told Mario: ‘I didn’t like your performance, you have to play more for your team-mates. And stop going around with girls!’ What an idol.’