Arsenal midfielder Matteo Guendouzi has sent a congratulatory message to former manager Unai Emery, taking a subtle dig at his employers for getting rid of a man who “knows how to win trophies.” Emery guided Villarreal to the Europa League on Wednesday, beating Manchester United on penalties to lift the first trophy in their long history.

However, after a stalemate in 120 minutes, Villarreal struck gold in the penalty shootout, winning 11-10 as David de Gea broke a chain of 21 perfect penalties.

The triumph was the La Liga outfit’s first, but Emery now has a record four Europa League trophies to his name after three successive wins in 2014, 2015 and 2016 with Sevilla.

Emery’s sole unsuccessful final was with Guendouzi and Arsenal in 2019, as Chelsea ran out 4-1 winners in Baku.

The Frenchman was an important player for the Gunners under Emery but has found himself out on loan under his successor Mikel Arteta, with his long-term Emirates Stadium future unclear as a result.

But taking to Twitter after Wednesday’s final, Guendouzi heaped praise on Emery for making dreams come true once again. 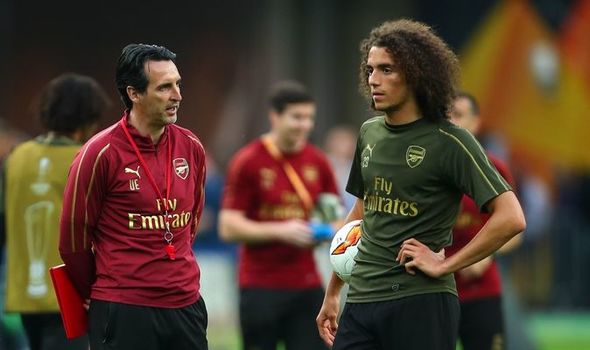 He said: “What a journey! This football… so smart and elegant!

“You made the dream of an entire city, of a club, a team, and of all the fans come true!

“You did it! You know how to win trophies! Hats off, Monsieur Emery. You are so unique.

“I am honoured and proud to have had the opportunity to evolve by your side.

“Words will never be strong enough to qualify your personality, your benevolence and your authenticity in human relationships.

Following Emery’s departure, the 22-year-old clashed with new manager Arteta over his attitude, simultaneously dropping down the midfield pecking order.

Guendouzi spent the 2020/21 season on loan at Hertha Berlin, making 24 appearances as the club finished 14th in the Bundesliga.

He’s likely to be surplus to requirements upon returning to the Emirates Stadium this summer, so a permanent move away could be on the agenda.

Arsenal don’t have European football to play next season, but could Emery take another chance on Guendouzi and provide him with the alluring prospect of Champions League action? 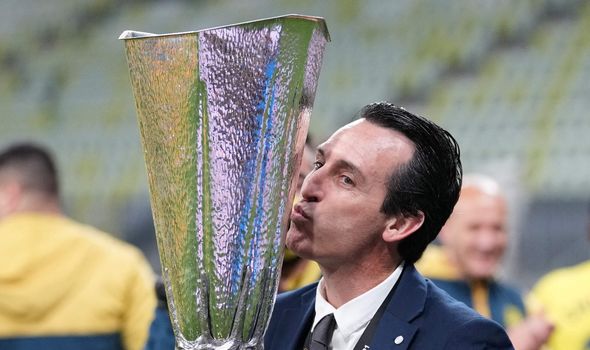 Guendouzi affirmed his admiration for the coach back in 2019 when both were with the Gunners.

“He gives me a lot of confidence, and he’s the one who makes me feel good on the pitch,” Guendouzi explained.

“He’s really, really made me progress since I arrived at Arsenal.”

Perhaps his future will become more apparent in the coming weeks, but it doesn’t seem like there’s a place for him in Arteta’s plans.