Juventus star Matthijs de Ligt’s father might have just dropped a major hint over where his son will be playing next season. Chelsea have made the Dutchman one of their top transfer targets this summer.

Chelsea might have been dealt some bad news in the transfer market after De Ligt’s father appeared to hint over his son’s next move this summer. The Juventus star has made it clear to his club that he wants a move away as soon as possible.

The 22-year-old has fallen out with the Old Lady after some miserable contract negotiations that left the player angered. De Ligt wanted his release clause dramatically lowered so that he could have more sway over his own future but Juventus have refused.

The talks have led to the centre-back asking to leave as soon as possible and Chelsea are one of the teams at the front of the queue. Thomas Tuchel is a huge fan of the former Ajax star and is in dire need of defenders. 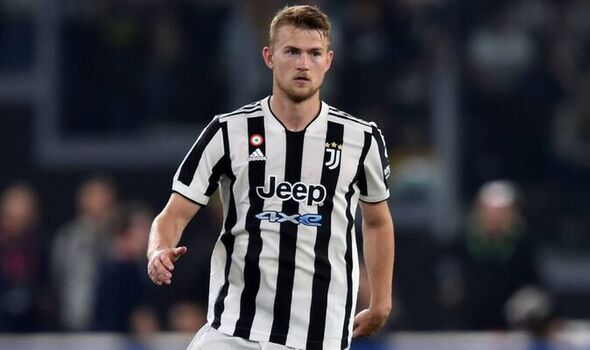 The departures of Antonio Rudiger and Andreas Christensen have left the Blues bereft of a backline and replacements are at the top of priorities at Stamford Bridge. As well as De Ligt, the likes of Jules Kounde, Nathan Ake and Wesley Fofana have been linked.

But Frank de Ligt, the Juve star’s father, has dropped a hint that Chelsea might be battling to convince the player to make the move to the Premier League. His recent Twitter activity shows that he has followed up Bayern Munich, as well as their sister accounts in different languages.

The German giants are also firmly in the race to sign the youngster and there have been various reports over whether they will match Chelsea’s offer to Juventus. Club director Oliver Kahn was coy when asked about the situation.

“We’re happy with the quality we have at centre-back. But we can improve when it comes to leadership, loudness and presence,” Kahn told Kicker.

Despite the ongoing interest in the Netherlands international, Juventus are determined to stave off any bids for their player. The departure of Giorgio Chiellini to the MLS has left the club with a gaping hole at the back.

They believe that De Ligt could grow into their next leader at the back and are not looking to sell, demanding the full £103million release clause. Chelsea have been looking to include players in a part-exchange transfer.

The likes of Christian Pulisic and Timo Werner have been touted as potential options. Juventus have a longstanding interest in Jorginho and Emerson Palmieri, though, and it remains to be seen whether they would accept a lower offer that included players.