You need talent to make it in this game. You need hard work, and you need endeavour.

Sometimes, though, it just helps when fate drops you in the right place at the right time.

For Max Watters, divine intervention came on September 22 of last year at the Camping World Community Stadium – the home of seventh-tier side Horsham. As likely a place as any for such a moment.

The 21-year-old striker had been without a club for several months after being released by Doncaster Rovers. Several trials at National League clubs during a tricky time had not worked out, and he was back training with Maidstone United – a sixth-tier club he had spent time on loan with earlier in the year before Covid and lockdown struck.

A friendly had been arranged with Crawley Town, and Watters was given 45 minutes of action. Crawley manager John Yems and his assistant Lee Bradbury must have liked what they saw, as within hours they offered him a trial, then within days they had offered him a one-year contract. Within a few months they had a striker with the best scoring ratio of any player in the fourth tier. 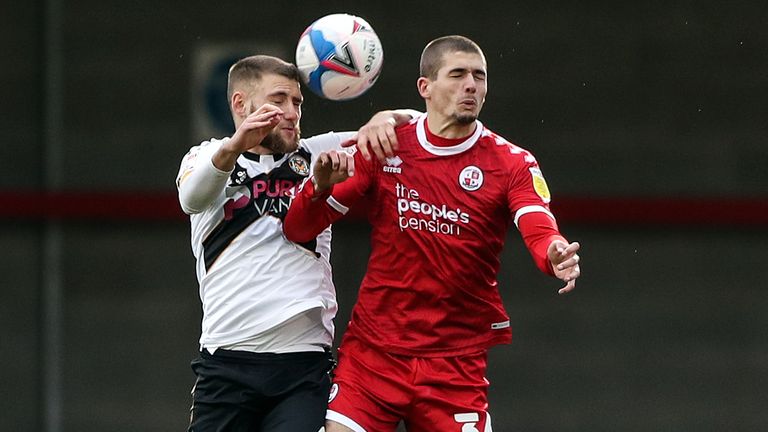 Watters has 13 goals in 15 appearances, averaging 1.14 every 90 minutes. He is also the Sky Bet League Two Player of the Month for December.

“It’s an unbelievable feeling and I’m over the moon,” he told Sky Sports after winning the award. “But I’m so grateful to my team-mates and the management staff who have helped me out in my few months here. I couldn’t have done it without them.”

It has been a fairytale rise. When the first monthly awards of this season were dished out, Watters had not even made his League Two debut for Crawley. 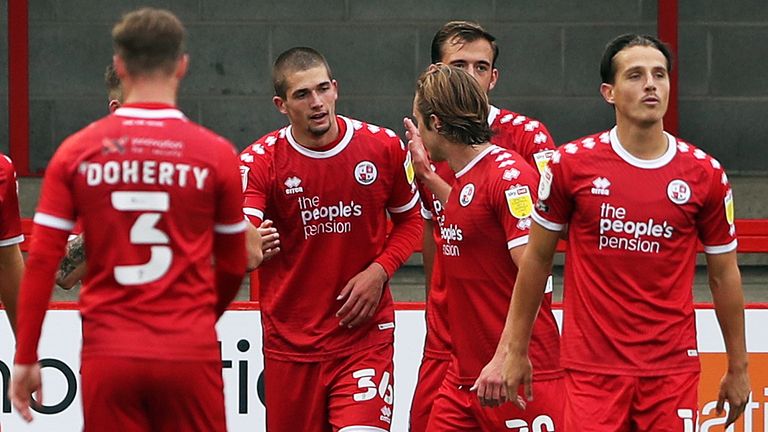 “When I was at Doncaster last season I went on loan to Maidstone for about two months,” says Watters. “Then at the start of this season I was training with them, and they had a friendly with Crawley. I played 45 minutes and did pretty well.

“John Yems and Lee Bradbury were there and they must have seen something in me. It was the evening of the game when they contacted me. My agent spoke to the management staff here, then I spoke to John Yems on the phone. He had a little chat and offered me a trial then a few days later I came here to train.

“After about a week to 10 days they offered me a contract. The season had already started and he didn’t want to drag anything out. And because I didn’t have a club I also needed an answer quickly.

“It’s all down to them for giving me a chance. If they didn’t have that faith in me I wouldn’t be here now.” 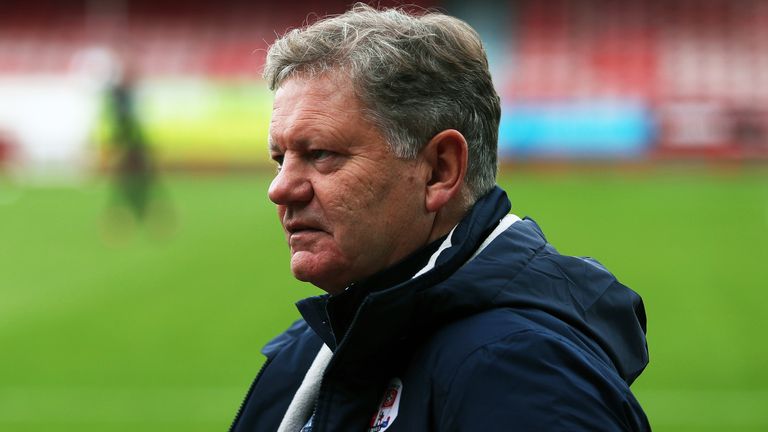 To say Watters hit the ground running would be an understatement. He scored on his starting debut in the EFL Trophy against Arsenal U21s – albeit in a 2-1 defeat – on October 13. Four days later he came off the bench to score twice in a 4-0 win against Morecambe in League Two.

“It was the Arsenal game where I showed what I could do with my pace, my strength, my speed and my finishing, and then they gave me another chance and put me on the bench in the league,” says Watters.

“Then I got the two goals against Morecambe and I’ve just kicked on from there.”

His goals have helped inspire a Crawley side, who have finished in the bottom half every season since their relegation from the third tier in 2015, to an unlikely play-off push.

It speaks highly of his character that he understands what a difficult position Doncaster were in when they released him and holds no resentment about the situation whatsoever. He had already battled from non-League football once, with Rovers signing him from Isthmian League side Ashford United in 2018, and he had no issues with doing it again. The mentality is there. 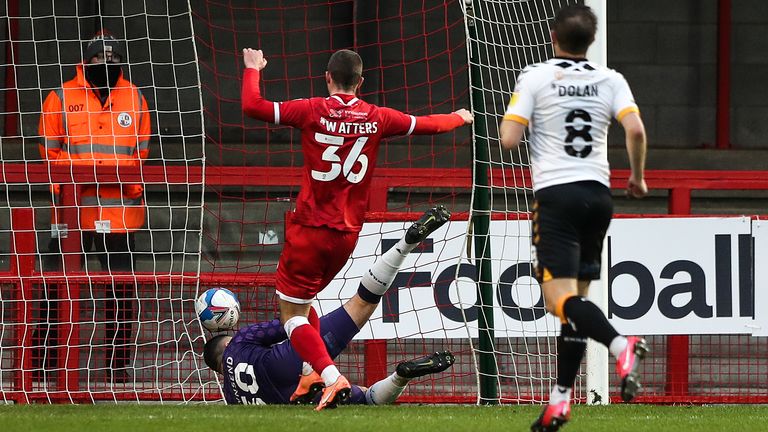 “They said I needed more game time, so I went out to Maidstone on loan and played,” says Watters. “Then it was all just unfortunate timing with Covid and lockdown.

“From about the start of June [Doncaster] told me I wasn’t getting another contract. I think I was given the chance there, but it was a tough time with everything going on. And that made it even harder to find a club.

“The tough thing was trying to keep fit during lockdown and stuff without a club. There was lots of running in the park!

“But I’ve always believed in myself. If I could do it at 18 there’s no reason I couldn’t do it again at 21. The drive has always been there from my non-League days at Ashford. I had the motivation then to get back into the League and not play part-time football, and that has never left me. I know how it is to fight back so it wasn’t tough for me. If you don’t have the belief that you can play in any league, then I don’t think you’d get on in this game.

“It was unfortunate timing with everything going on, which made it harder than normal. I went out and trained with Dagenham & Redbridge and Bromley, but things didn’t work out there. Then I went back to Maidstone and luckily they organised a friendly with Crawley.

“It’s been a bit of a rollercoaster.”

That would be a bit of an understatement.

Fate has played its part and Watters grasped that opportunity with both hands. Now it is all up to him. And if the past few months are anything to go by, the future looks very bright.