Benjamin Mendy was hilariously left dumbfounded after the Manchester City star failed to humour a couple of young City fans with a bizarre joke in a virtual Q and A.

The Frenchman has become a popular figure in the City dressing room since his £52m arrival from Monaco in 2017 and is often seen humouring his team-mates on social media.

However, two young Man City supporters, Abigail and Zayan, were left unimpressed by a Mendy gag during a virtual Q and A session, in which a bizarre joke about a horse and a strawberry fell flat. 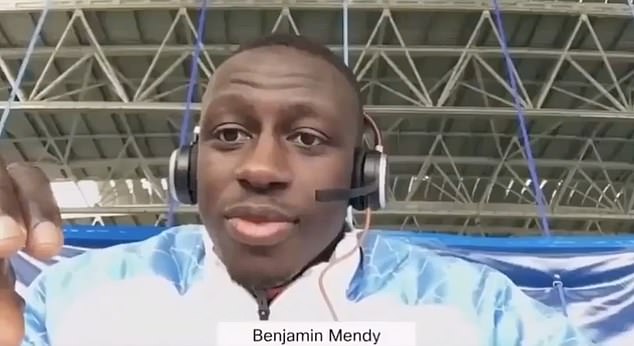 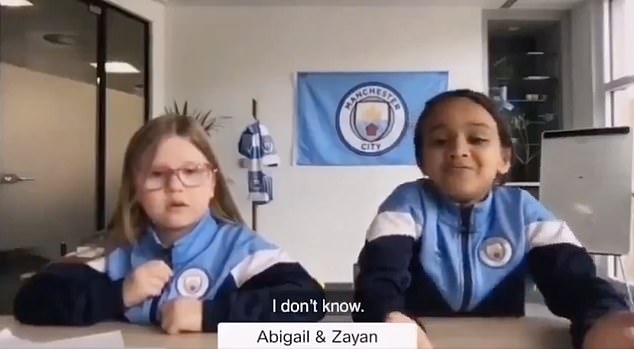 ‘I don’t know,’ the youngsters replied.

The punchline was lost in translation for young Abigail and Zayan, and the virtual call panned to Mendy who was hilariously left stumped by the duo’s reaction.

It appears that the joke relates to the Tagada strawberries from Haribo, which are available in France but not in the United Kingdom. That, coupled with the fact that horses make a ‘tagada’ sound when they gallop, is the nub of the joke. 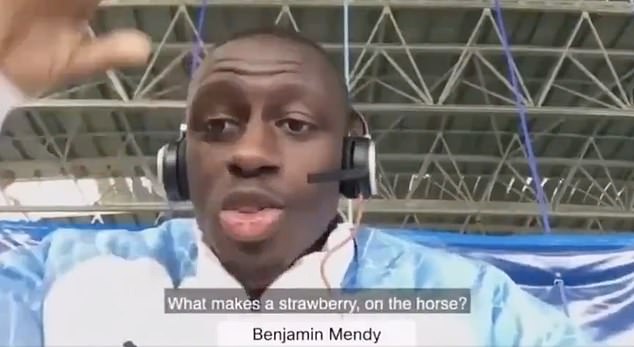 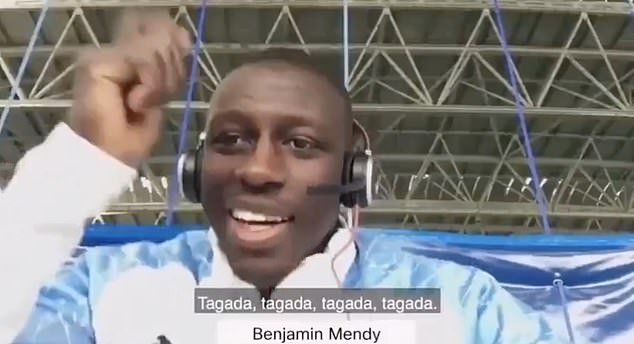 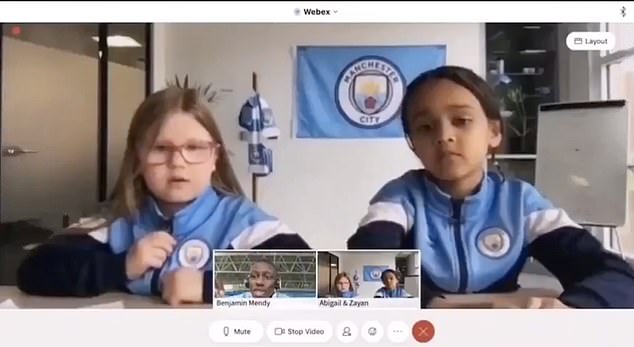 However, the joke fell flat with the two youngsters, who failed to see the humour in the gag 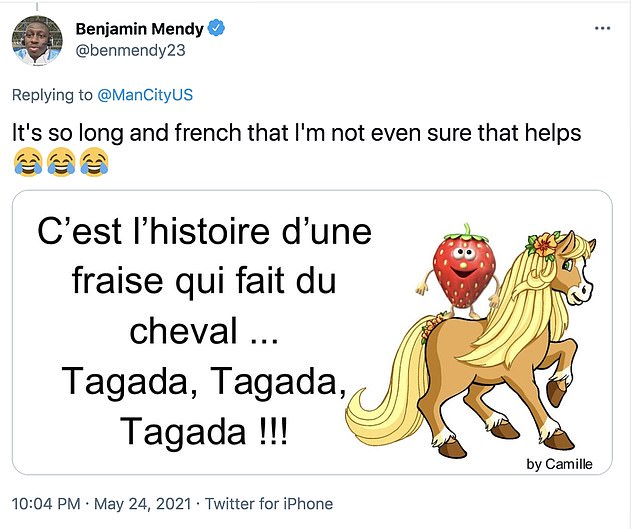 The Frenchman has since changed his Twitter profile picture to a screenshot of his dumbstruck reaction to his joke falling flat, and he simply tweeted: ‘Tagada tagada tagada’.

Manchester City’s American Twitter account asked Mendy to explain the quip, tweeting: ‘Ben can you explain the joke for us North Americans because we didn’t get it’.

‘It is so long and French that I’m not sure that it helps,’ Mendy replied with an image of a strawberry on a horse alongside a French translation of the joke.

Mendy will have time to brush up on his punchlines over the summer having missed out on Didier Deschamps’ 26-man squad for the Euros. The full back has the chance to lift City’s first ever Champions League title if Pep Guardiola’s side triumph over Chelsea this weekend. 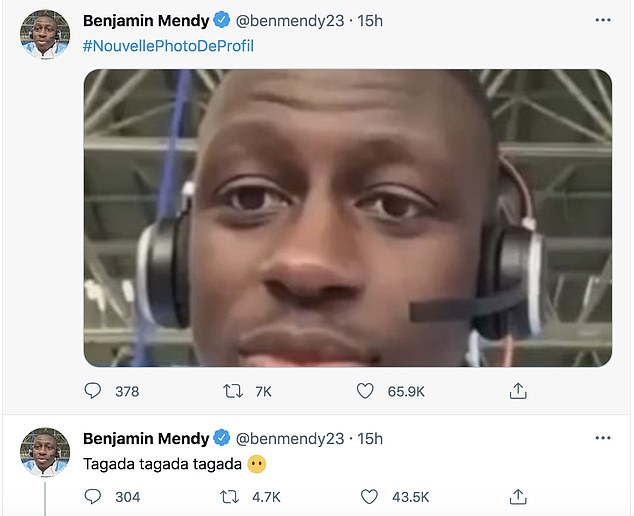 Mendy has since changed his Twitter profile picture and tweeted: ‘Tagada tagada tagada’