Lionel Messi will need no reminding that the Champions League is the one competition where he has struggled to get the better of Cristiano Ronaldo. But even at the ripe age of 35, the Paris Saint-Germain star is still writing his name in the history books after setting two new records on Wednesday.

After scoring in Wednesday’s 3-1 victory over Maccabi Haifa, Messi has now found the net against 39 different teams in the Champions League, an all-time record ahead of Ronaldo on 38.

The Argentine was called upon to produce his magic after PSG fell behind against Haifa. Tjaronn Chery had put the Israeli side in front on 24 minutes, but their lead did not last long as Messi finished coolly after Kylian Mbappe’s low cross had deflected into his path.

The veteran playmaker then turned provider with an inch-perfect through ball to Mbappe, who expertly found the far corner to turn the game on its head. Neymar sealed the points in the 88th minute to complete the comeback for Christophe Galtier’s side. 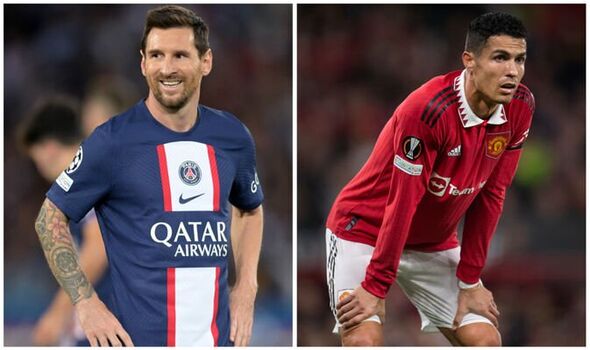 While it may be pointed out that a variety of factors could play in Messi’s favour, such as a more unique range of opponents rather than repeat fixtures, Messi has faced 44 different teams in the competition and now boasts a rate of scoring against different clubs that no other player can match.

Ronaldo, who was keen to leave Manchester United this summer to continue his love affair with the Champions League, may be frustrated by the fact he has to wait until next season at the earliest to try and climb back above Messi.

There are now only five teams Messi has faced in Europe’s premier club competition and failed to score against, with Rubin Kazan, Inter Milan and Atletico Madrid all managing to stop the former Barcelona superstar from getting on the scoresheet in the competition. 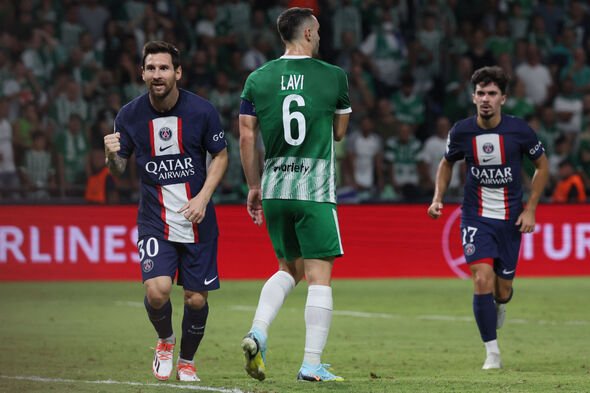 He has also failed to score in two appearances against Benfica and a solitary game against Udinese in the Champions League group stage. He will get the chance to right that wrong against the Portuguese side, who have been drawn in the same group as PSG and face them next at Parc des Princes.

Arsenal are the team Messi has found most joy against, scoring nine times against the Gunners over the years in the competition, including a stunning four-goal haul back in 2011.

Remarkably, his strike in Israel also ensured he became the first player to score in 18 consecutive Champions League campaigns. But while he remains a long way adrift of Ronaldo’s total tally of 140 goals in the competition with 126, he can close the gap on Ronaldo this season due to the 37-year-old’s participation in the Europa League.