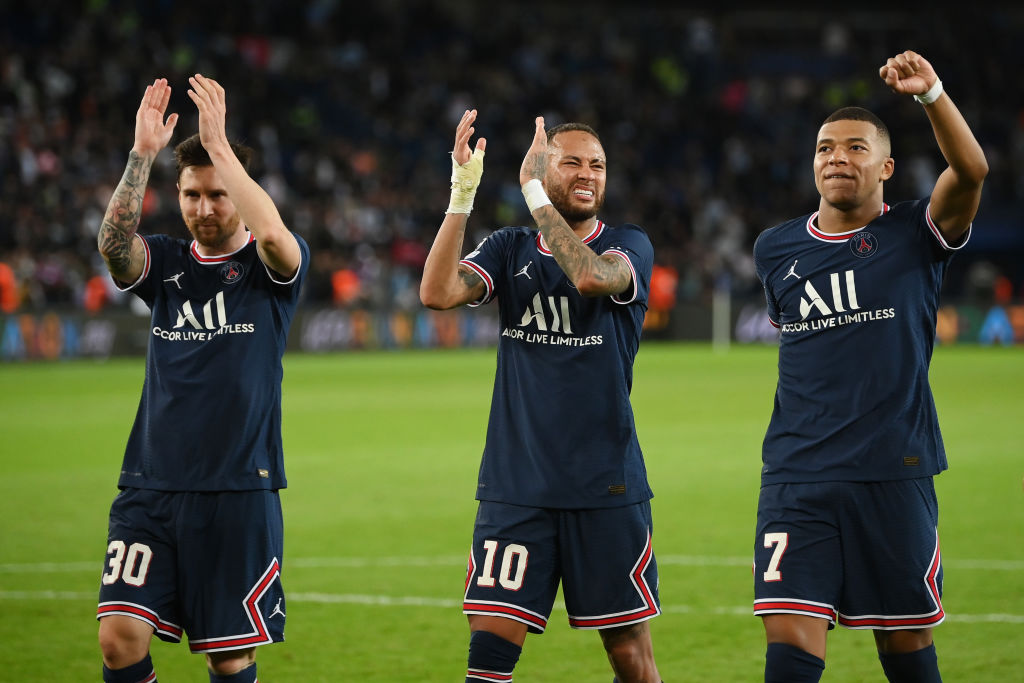 Lionel Messi has challenged his Paris Saint-Germain strike partners Neymar and Kylian Mbappe to raise their level of play as a trio after the Argentinian opened his goal-scoring account for PSG on Tuesday night.

The 34-year-old curled in a sublime goal to finish the scoring in a 2-0 win over Manchester City in the Champions League, an eye-catching finish after some lovely build-up play with Mbappe.

It was a statement win for the French side and an incredible way for Messi to open his account for his new club after his summer switch from Barcelona.

Much has been made of the immense front three that PSG can field under Mauricio Pochettino, of Messi, Neymar and Mbappe, and they all started in the win over Pep Guardiola’s side on Tuesday in Paris.

Messi is pleased with how the terrifying trident performed against City, but has set a challenge for his teammates and himself to keep on improving and play even better as a trio.

‘It was a great opponent,’ said Messi, via Get French Football News. ‘It was very important for us to win after the draw against Bruges.

‘I’m really happy to have scored. I haven’t played a lot recently. Just one match at the Parc des Princes, this is my second time here. I’m slowly adapting to my new team, my new teammates. The important thing is to have won and to keep progressing.

‘The more we [him, Neymar and Mbappé] play together, the better it will be. We all have to progress together and raise our level of play. We played well, we have to give it our all and keep doing so.

‘We won an important game against a very big rival, with great players, who were in the Champions League final last season. It’s an important win for us. We have to keep progressing and work on a lot of aspects.’

Messi’s goal downed his former manager’s side and Guardiola admitted afterwards that the legendary forward simply cannot be stopped.

‘I want to congratulate PSG on the win,’ he said. ‘We really had a good match, and showed character. It was a fantastic game. We should have scored and we didn’t, that’s why we lost.

‘Controlling Leo for 90 minutes is impossible, he can’t be stopped.’